The South Korean tech giant will introduce the latest handset, which folds horizontally like a book, at the Galaxy Unpacked online event later in the day, along with other mobile devices, including the Galaxy Note 20 and the Galaxy Watch 3.

Regarding its sales forecast, market tracker Counterpoint Research said Samsung is expected to sell 500,000 units of the Galaxy Z Fold 2 by the end of this year, 100,000 units more than the Galaxy Fold's sales in its debut year.

The Galaxy Fold was launched in September last year and was sold in around 60 countries by the end of 2019. 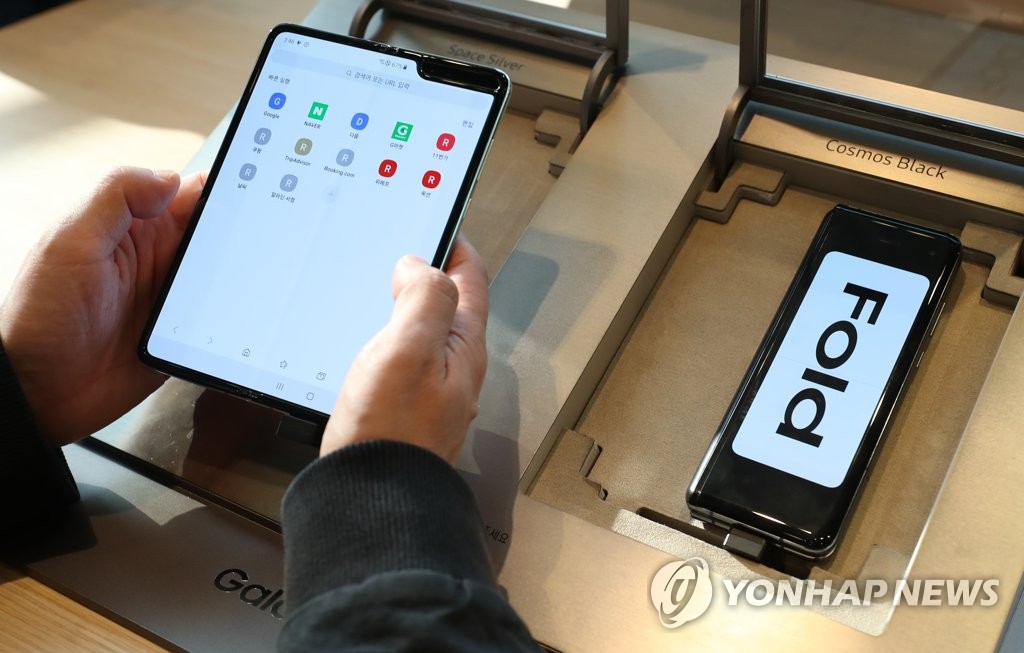 Counterpoint Research said sales of the Galaxy Z Fold 2 will be better than its predecessor, which suffered supply problems regarding display and hinge issues.

However, the market tracker predicted that sales of the Galaxy Note 20 series are likely to be lower than its predecessor Galaxy Note 10 phablets.

Samsung is projected to sell 8.5 million Galaxy Note 20 devices in its debut year, 500,000 units lower than the Galaxy Note 10's first-year sales, according to Counterpoint Research.

The ongoing novel coronavirus pandemic will affect its sales, the market tracker said, adding its recent survey showed some 30 percent of consumers will reduce their spending on smartphones by at least 20 percent.

Industry observers said the launch of Apple Inc.'s new iPhone in the fall could also dampen sales of Samsung smartphones.