SEOUL, Aug. 5 (Yonhap) -- A major river running through North Korea's capital of Pyongyang is at risk of flooding as heavy rainfall continues to pound the country, according to state media on Wednesday.

North Korea is expecting to see an average of 150 to 300 millimeters of rainfall around the Taedong River from Wednesday to Thursday, and the water level of the river is expected to exceed the warning level around Thursday evening, the North's weather agency was quoted by state media as saying.

On Tuesday, flood alerts were issued near the Taedong River, the Chongchon River and the Ryesong River for Thursday and Friday. All the three rivers empty into the Yellow Sea, with the Taedong running through the capital city of Pyongyang.

The overflow of floodwaters in Taedong River to the capital is likely to affect homes and farmland, as well as the communication network, transportation and power supply, as seen during the North's unprecedented heavy rainfall in July 2007.

The flooding forced the North to postpone an inter-Korean summit set for August between then leader Kim Jong-il and South Korean President Roh Moo-hyun to October. 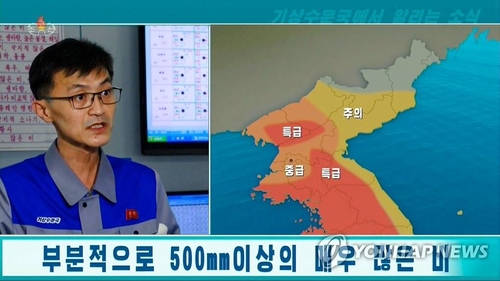 Other regions, including Hwanghae Province, also received heavy precipitations over the past several days, which "devastated major roads and railways and left farmland under water," a North Korean official told the North's Korean Central Television.

The country implemented several projects to minimize potential damage in mid-June, and has been on emergency standby against contingencies, according to the North's media reports.

But damage could grow as more rain is forecast for most parts of North Korea for the rest of the week. 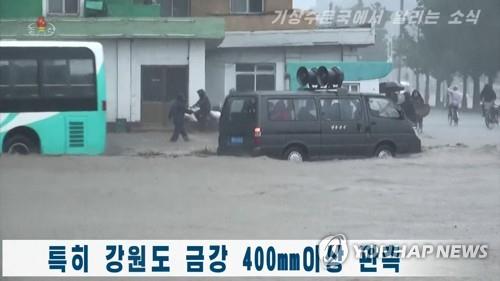 (LEAD) Major river passing through Pyongyang at risk of flooding

(LEAD) Major river passing through Pyongyang at risk of flooding