On Tuesday, the government announced it will supply 132,000 housing units in Seoul and its neighboring areas by 2028 by easing regulations for reconstruction of aged apartments, which centers on allowing up to 50 floors for redeveloped residential buildings, in its latest efforts to curb rising home prices. 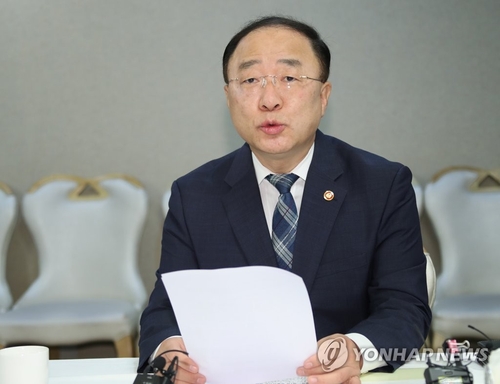 As for the minister's comments, a Seoul city official said that the city government called on the central government to ease regulations on rebuilding apartments in the greater Seoul area in exchange for providing some public homes.

But the government's latest home supply plan will allow state-run companies such as the Korea Land & Housing Corp. (LH) and the Seoul Housing & Communities Corp. (SH) to become the operator of apartment rebuilding projects to supply more public homes to the underprivileged.

The projects led by SH and LH are not welcomed by the associations because they do not bring expected gains from the reconstruction of their apartments.

"The government will cooperate with the Seoul city government and representatives of apartment reconstruction projects to push ahead with the home supply plan," Hong said. 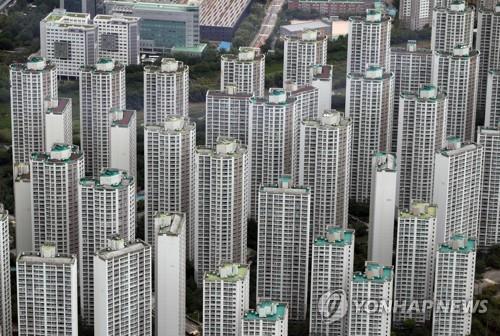 The measures follow dozens of previous ones released under the Moon Jae-in administration in the past three years to stabilize the real estate market. But the past measures fell short of having brought rising housing prices under control.

They said it will be possible to provide more public homes through redevelopment of areas with smaller residences, instead of reconstructing existing apartment complexes.

"With the presale price cap for newly built apartments and the system to retrieve excessive gains from the reconstruction already a headache for them, residents do not want SH and LH take the lead in their apartment reconstruction projects due to lack of returns," Kwon Dae-jung, a professor in the department of real estate at Myungji University, said.