SEOUL, Aug. 5 (Yonhap) -- Damage from the heavy rain that has pounded South Korea's metropolitan and central regions continued to grow on Wednesday, with the precipitation forecast to continue next week.

The downpours have killed 15 and left 11 missing as of 6 a.m., according to the Central Disaster and Safety Countermeasure Headquarters. Nearly 1,600 were forced to leave their homes, with two-thirds of them based in the provinces of South and North Chungcheong.

In addition to buildings, 936 roads and bridges also suffered damage from the heavy rain. A total of 277 landslides were reported, and essential facilities such as waterworks, sewage and railways were also affected. 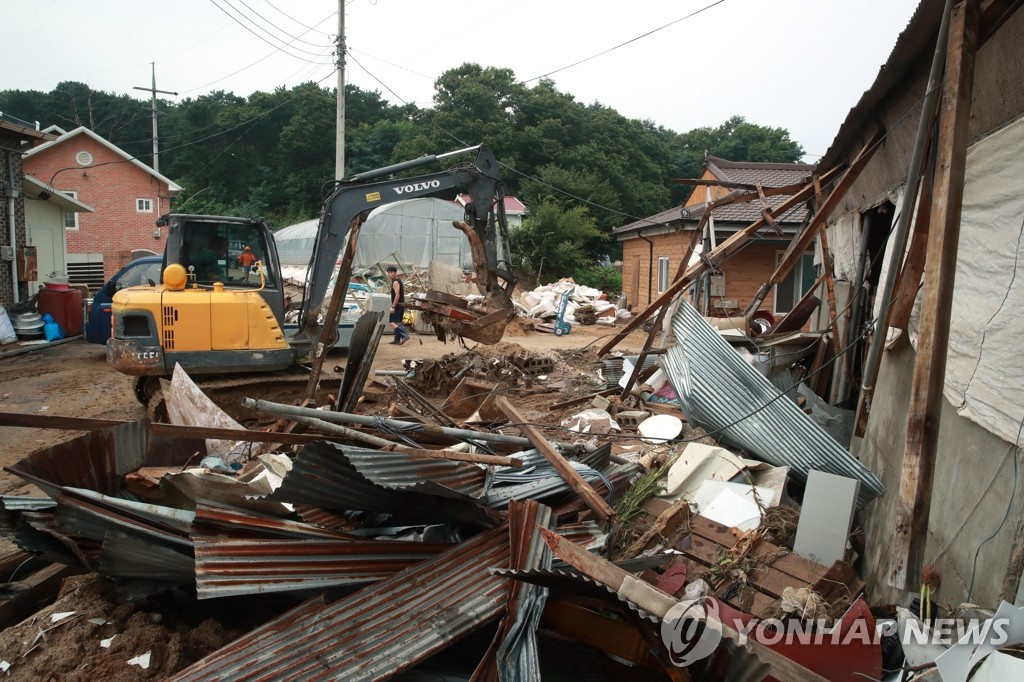 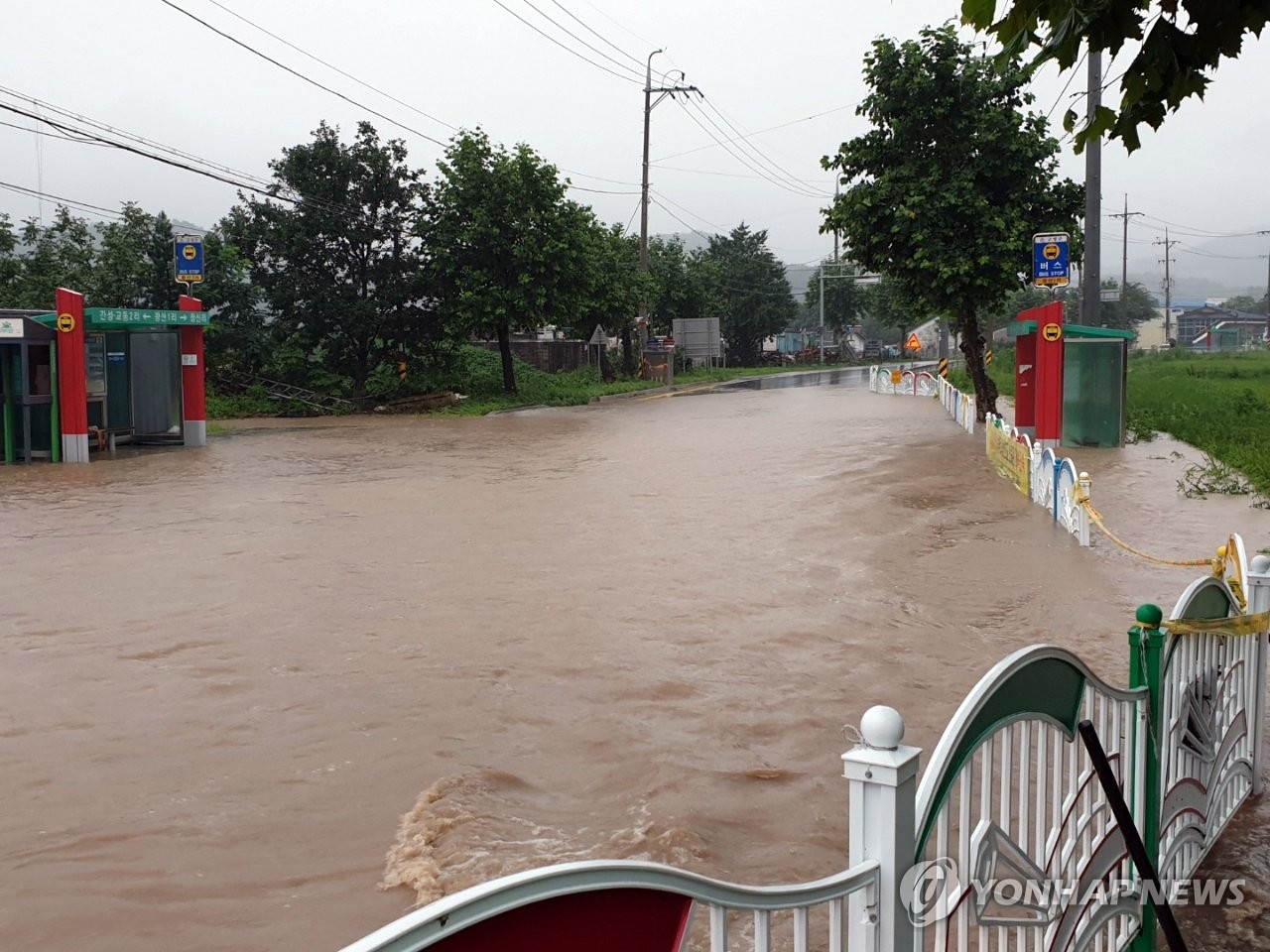 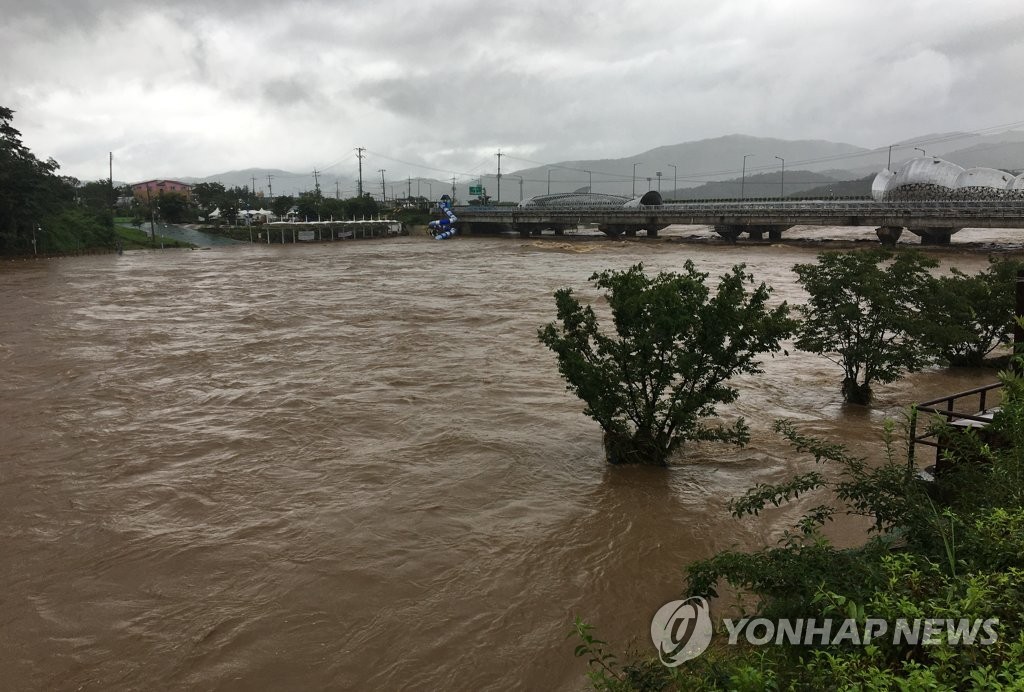