The Ministry of Employment and Labor made a public notice of the new minimum wage set by the Minimum Wage Commission on July 14.

It marks the smallest-ever increase since the system was introduced in 1988, as the nation is struggling with an economic slowdown amid the coronavirus pandemic.

The next lowest hike was 2.7 percent in 1998, when the nation was hit by the Asian financial crisis.

The minimum wage will uniformly apply to all workplaces regardless of types. The new rate translates into 1,822,480 won for employees who work for 40 hours per week.

Labor commissioners had initially demanded a 16.4 percent increase to 10,000 won, while those representing employers had sought a 2.1 percent cut to 8,410 won.

The rate was finally set at 1.5 percent, proposed by members representing public interests.

The labor unions had a chance to object to the commission's decision by last Thursday. But they did not appeal, opting to push for a comprehensive reform of the minimum wage system. 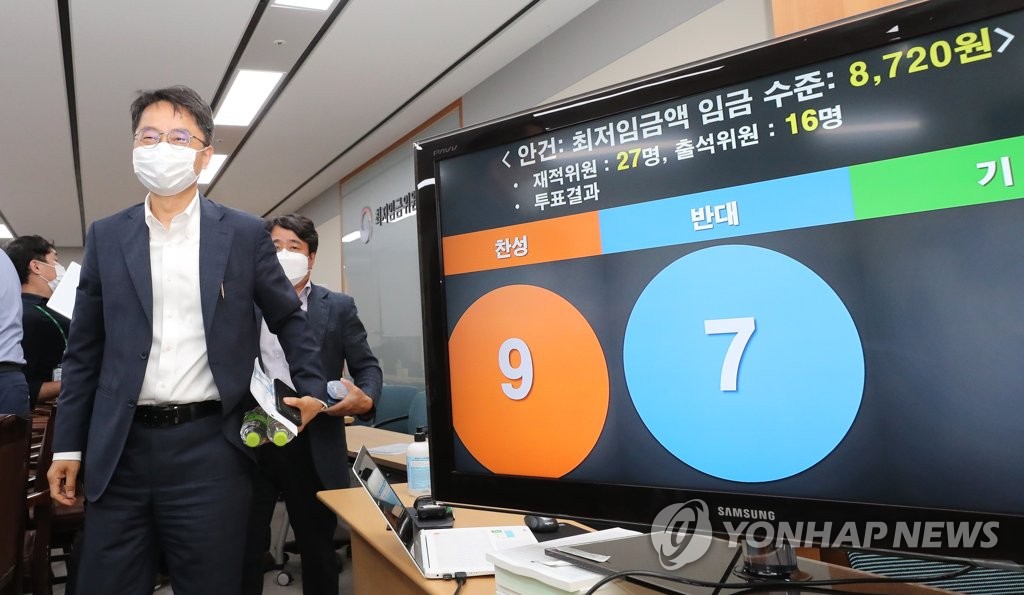