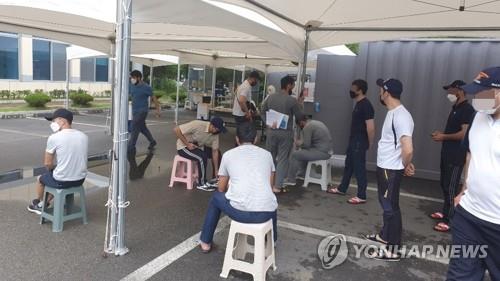 Of the local infections, six were reported from central North Chungcheong Province. These cases are of particular concerns as the Uzbek nationals attended a religious service in Cheongju, 137 kilometers south of Seoul.

A total of 336 people, mainly foreigners, were present at the Islamic service Friday, that involved sharing of food. The Uzbeks were confirmed to have been infected with COVID-19 earlier in the week after a pair started showing symptoms, like fever and headaches.

Among them, 128 tested negative, with others undergoing tests, the KCDC said. A detailed probe is under way to determine the exact infection route, with contact tracing being expanded to screen everyone that may have been infected.

A total of 13 cases have so far been traced to a coffee shop and a restaurant, both of them located in southern Seoul, up one from a day earlier, the authorities said.

Two more people were traced to a church in the eastern Seoul ward of Songpa, bringing the total infection cases from the church to 21, the KCDC said.

Also, five more COVID-19 cases, including four South Korean nationals and one Indonesian, were traced to a ship docked at Gamcheon pier in the southeastern port city of Busan. The central government claimed that the outbreak is the first detected on a South Korean ship that only operates in coastal waters. The Busan government, on the other hand, said the ship should be viewed as a Russian fishing vessel, with only its captain being a Korean National.

Sailors aboard ships departing from Russia are now required to submit a certificate showing they have tested negative for COVID-19. 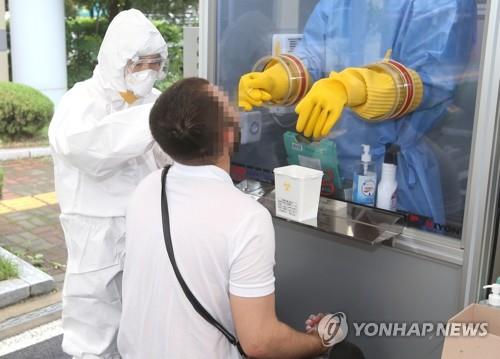