SEOUL, Aug. 5 (Yonhap) -- The 5G network services in South Korea have been poorer than expected, with their download speeds and connection far lower than what telecom operators have claimed, an assessment report showed Wednesday.

South Korea was the first country to commercialize 5G in April last year, boasting of low latency and speedy data transmission, but 5G subscribers complained of the network's lower-than-expected speed and unstable connection.

The average download speed on 5G networks run by the country's three telecom operators -- SK Telecom Co., KT Corp., and LG Uplus Corp. -- stood at 656.6 megabits per second (Mbps), just four times faster than the average 4G LTE speed of 158.5 Mbps, according to the report compiled by the ICT ministry.

KT and LG Uplus have advertised their 5G network data speed as 20 times faster than the 4G LTE network. 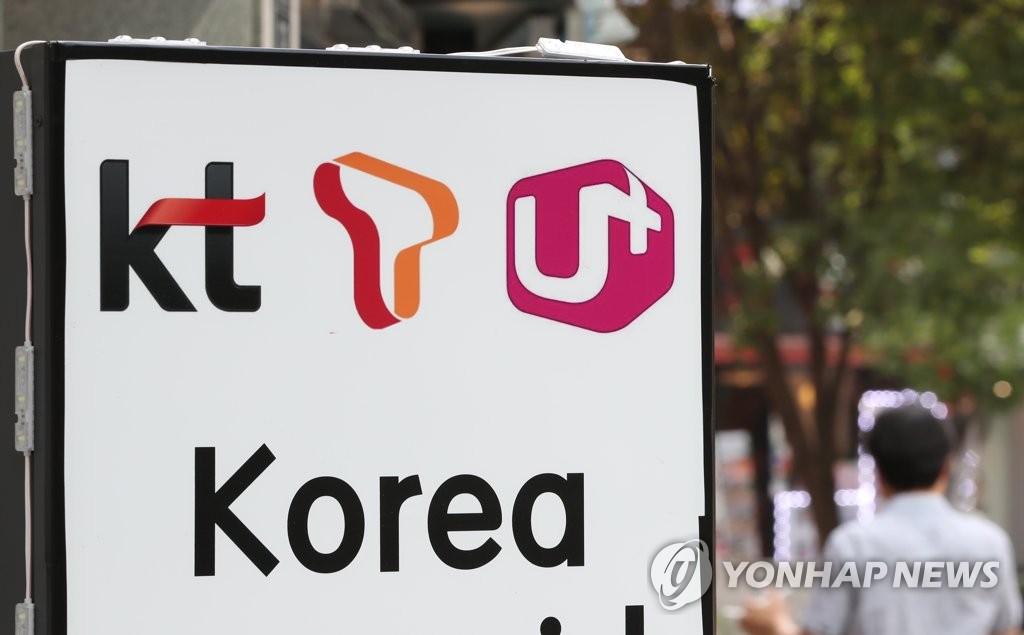 The assessment, conducted in Seoul and six other major cities, also found that during downloads on 5G, about 6 percent of the time on average was helped by 4G LTE. The country's 5G networks currently operate on non-standalone mode with the support of 4G LTE.

The report also showed that smartphone users' accessibility to the latest mobile network hovers below 70 percent.

The result was based on testing at a total of 3,826 public buildings where the telecom operators have installed 5G equipment nationwide.

"There are still a lot of locations, including indoor environments, that are not covered by the network," Hong Jin-bae, director general of the ICT ministry's telecommunication policy bureau, said in a briefing. "We want telecom operators to quickly work toward ensuring network quality that meets expectations."

The government plans to conduct another assessment on the network starting later this month to encourage the carriers to further develop and update the 5G network.

The three companies have raced to update and install the network across the country over the past year.

They target to commercialize the standalone version of 5G by the end of this year and have promised to spend up to 25.7 trillion won (US$21.6 billion) to establish a nationwide 5G network by 2022.

Their massive investment plan is in sync with the government's digital New Deal, which plans to spend 58.2 trillion won by 2025 to update public infrastructure with digital services and increase state investment in key technologies.

As of the end of May, there were 6.9 million 5G subscription accounts in the country, accounting for roughly 10 percent of the total 69 million mobile subscriptions, according to the ICT ministry.

There were 108,897 5G base stations installed nationwide as of February this year, compared with around 870,000 4G LTE base stations.