SEOUL, Aug. 5 (Yonhap) -- The unification ministry on Wednesday urged North Korea to cooperate in sharing information on natural disasters, days after the communist country discharged water from a border dam without prior notice in violation of an inter-Korean agreement.

"Even if inter-Korean relations turn sour politically and militarily, we look forward to cooperation at its elementary form by exchanging information on natural disasters, as it is a nonpolitical and humanitarian issue," he said. "It has a direct impact on the lives of North and South Korean residents."

"Neighboring countries around the world also cooperate by exchanging information on disasters. We, as one nation, have no reason not to," he added. 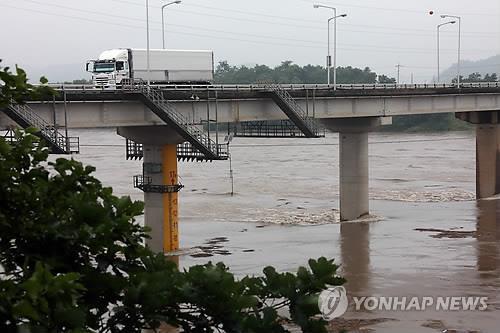 S. Korea calls on N.K to cooperate in giving notification of release of dam water

S. Korea calls on N.K to cooperate in giving notification of release of dam water