After landing at Incheon International Airport, he went to a pension with a large courtyard in the outskirts of Daegu, some 302 kilometers southeast of Seoul, for a mandatory 14-day self-quarantine, according to the Lions.

The Daegu-based club said it has set up some sports equipment at the residence to help him train while in quarantine.

The 28-year-old outfielder is expected to make his KBO debut around Aug. 25 after the two-week quarantine and a couple of warm-up games in the minor league.

Late last month, the KBO team signed Palka for the rest of the season for a total of US$170,000 including a signing bonus of $20,000, replacing Tyler Saladino, who had been sidelined since July 15 with a back injury.

Starting his MLB career with the Chicago White Sox in 2018, Palka batted .218 with 29 homers and 71 RBIs in two MLB seasons. 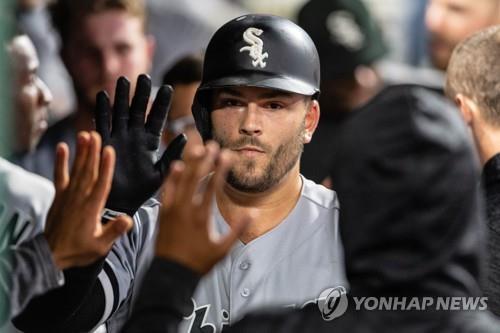