SEOUL, Aug. 5 (Yonhap) -- Another psychiatrist has been murdered by his patient following two similar incidents over the past two years, police said Wednesday.

Police said a doctor in his 50s died Wednesday morning after being stabbed with a knife by a patient at his psychiatric hospital in the southern port city of Busan at 9:25 a.m.

The patient, identified only as a man in his 60s, was arrested on the scene after spraying flammable materials and hanging from the window of the hospital in a confrontation with the police.

The murder suspect allegedly told police he committed the crime out of grievances over a discharge request from the hospital. It has been known that the patient was asked to be discharged after being caught smoking inside the hospital.

The hospital in Busan's Buk Ward is said to be a small one in which the ill-fated psychiatrist was the only doctor.

Police said they will investigate further to find out the exact motive behind the murder.

The murder marked the third such attack on local psychiatrists in two years.

In December 2018, Lim Se-won, a psychiatrist at Seoul's Kangbuk Samsung Hospital, was murdered by a knife-wielding patient at his office. In January last year, another psychiatrist sustained injury after being attacked with a knife by one of his patients at a mental hospital in northwestern Seoul.

Lim's death raised nationwide awareness about the safety of medical staff at hospitals and prompted the National Assembly to revise a relevant bill to strengthen punishment against those who assault hospital employees.

Under the bill that passed the parliament in April 2019, assailants can face life imprisonment or jail terms of at least five years if medical workers are killed in attacks while on duty. In the case of injury, attackers could face prison terms of up to seven years and more than 10 million won (US$8,400) in fine.

Lim's murderer was sentenced to 25 years in prison by an appellate court in October last year. 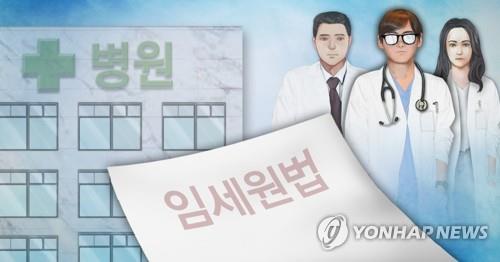 Another psychiatrist murdered by patient

Another psychiatrist murdered by patient