"Galaxy Watch3 and Galaxy Buds Live are convenient tools for maintaining your lifestyle and daily routines, especially in the current climate," the company said. "Both devices are seamlessly integrated into the wider Galaxy ecosystem to help you live healthier, communicate better, and get the most out of your technology." 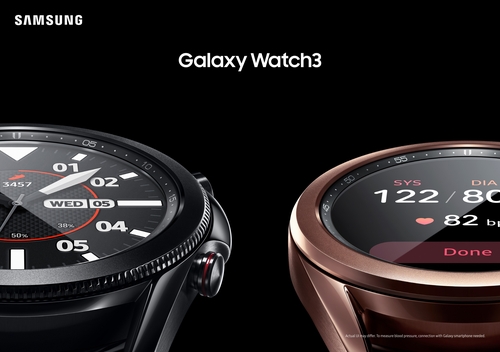 The Galaxy Watch 3 smartwatch comes with two models -- a 41mm variant with a 1.2-inch display and a 45mm version with a 1.4-inch screen.

The latest wearable has the rotating control bezel instead of the touch bezel used in Samsung's previous smartwatches.

The Galaxy Watch 3 will be available in Bluetooth-only and LTE variants. In addition to stainless steel material, Samsung will release a titanium model of the Galaxy Watch 3 for the first time later this year. 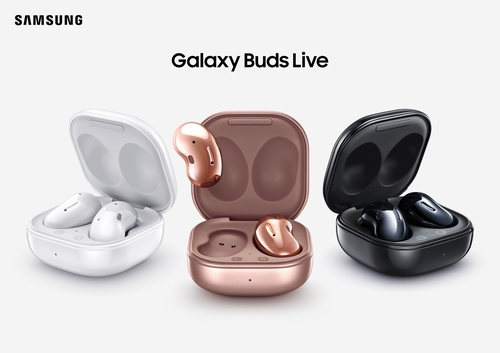 The Galaxy Buds Live is the successor to the Galaxy Buds Plus. The bean-shaped wireless earbuds are the first Galaxy Buds product to support active noise cancellation (ANC) technology, allowing users to tune out outside noise distractions.

"We cut low-band background noise by up to 97 percent and that means it drowns out the sound you don't want to hear and pick up the sound you do," said Yoonie Park at Samsung's brand marketing unit at the event.

When fully charged, the earbuds can support up to six hours of playback, according to Samsung. Its charging cases allow users to enjoy an additional 15 hours over multiple charges.

For quick use, consumers can get one hour of play time with just five minutes of charging, Samsung added. The Galaxy Buds Live will come with a price tag of 198,000 won in South Korea.

Samsung said both Galaxy Watch 3 and Galaxy Buds Live will be launched on Thursday.

Samsung has been trying increase its presence in the wearable market that has been dominated by U.S. and Chinese brands.

As of last year, the company was the third-largest vendor of wearable devices with 9.2 percent market share, trailing Apple with 27 percent and Xiaomi with 12.4 percent, according to the IDC.

"Wearables are among the fastest-advancing technology sectors, and the pace of progress is only accelerating," said Roh Tae-moon, who heads Samsung's mobile communications business. "In recent months, we've seen immense growth in the market as people turn to smartwatches and earbuds to help them thrive in the 'Next Normal.'" 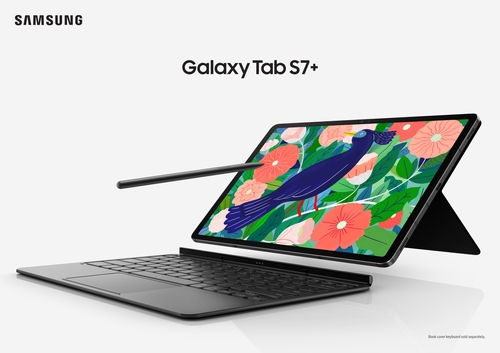 The smaller one packs an 8,000-mAh battery, with the bigger variant running on a 10,090-mAh battery.

Both models will be available in three colors: mystic black, mystic silver and mystic bronze.

Samsung said the Galaxy Tab S7 will be launched globally on Aug. 21.

In South Korea, the tablet will go on sale on Sept. 3, with preorders starting from Aug. 18.

In the second quarter of the year, Samsung sold 7 million tablets, up 2 million from a year earlier.