SEOUL, Aug. 5 (Yonhap) -- South Korean coast guards have arrested all 18 Chinese nationals who sneaked into the country by sea in April and May, officials said Wednesday.

The incidents exposed loopholes in South Korea's maritime border control and prompted the military and the Coast Guard to enhance monitoring and upgrade surveillance equipment in coastal areas.

The Coast Guard in Taean, 150 kilometers southwest of Seoul, said the Chinese people traveled 350 kilometers across the Yellow Sea on a rubber boat or leisure boat.

Five of them entered Taean on April 19 and another five and eight arrived on May 17 and 21, respectively, all disguising themselves as fishermen.

They were arrested in various areas in the central and southern regions of the country.

Most of them were found to have records of staying illegally in South Korea and had been barred from entering the country.

"It was found that a Chinese broker gathered them through a chat app. They infiltrated the country to illegally get jobs at farms or construction sites," an official said.

The Coast Guard also arrested a Chinese man in his 40s who organized their entries. He slipped into the country on Sept. 25, 2019, on a boat with two compatriots, who were also put into detention.

Three other Chinese nationals were also arrested for allegedly helping the 18 people while they were on the run after arriving in Taean.

"Upon these incidents, the Chinese Coast Guard has expressed its intention to strengthen cooperation with our Coast Guard to root out criminal activities, such as illegal entries by sea," the official said.

"We will work together with the military to enhance our maritime surveillance capabilities, especially to detect small boats, to prevent a recurrence," he added. 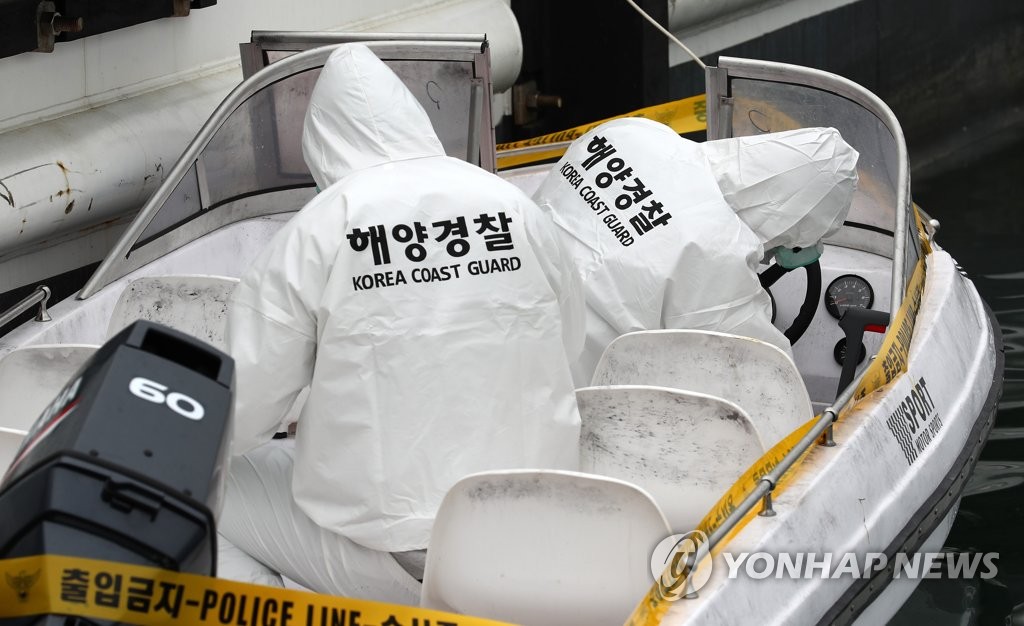 Coast Guard arrests all 18 Chinese who sneaked into S. Korea on boats

Coast Guard arrests all 18 Chinese who sneaked into S. Korea on boats