SEOUL, Aug. 8 (Yonhap) -- When she was young, Jo Eun-bit loved to lose herself in the forests and mountains around her home in the outskirts of Seoul. She would seek comfort in the company of trees, which she would talk to as though they were neighbors or close friends.

But over the years, Jo, an ecological farmer and teacher, has watched as her rural neighborhood of Daeyami in the city of Gunpo has become, bit by bit, more like the metropolis of Seoul just 27 kilometers north. Dirt roads became paved highways. Apartment complexes rose skyward. A tunnel bore through a nearby mountain.

Now Jo and other residents are fighting to stop a development project that aims to build some 5,000 public housing units on more than 600,000 square meters of land, the vast majority, or 88.2 percent, development-restricted areas in the country's greenbelt.

The residents fear the potential negative effects of the project, scheduled for completion in 2023, on local agriculture and ecosystems, as well as on endangered species like the narrow-mouthed frog, or "maengkkongi" in Korean. 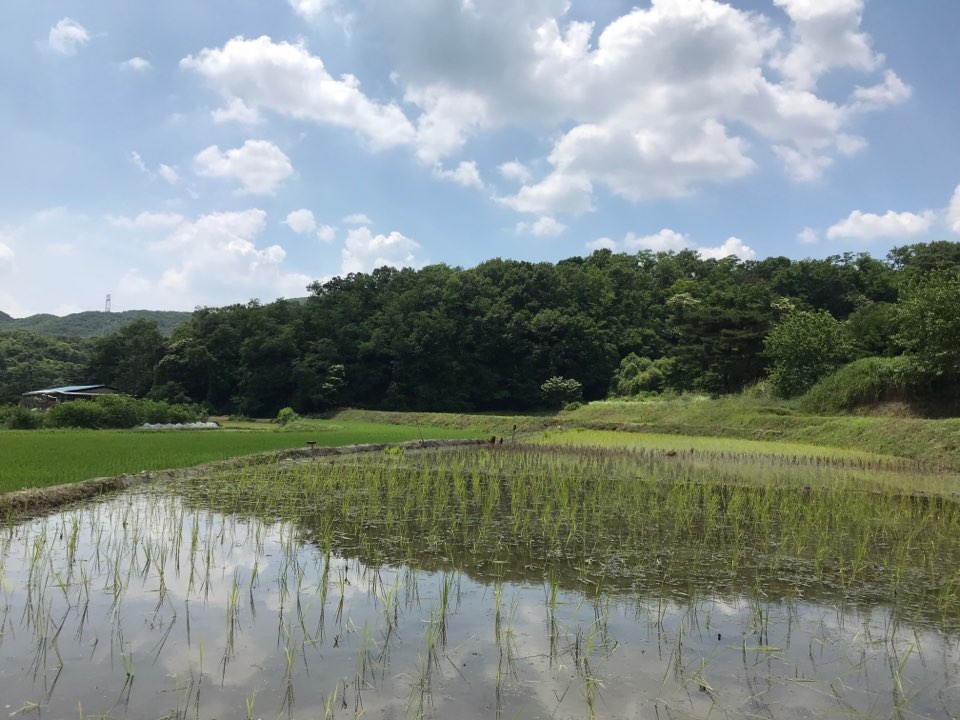 The conflict between residents and developers in Daeyami is indicative of the problems environmentalists see with the government's current greenbelt policy, which they view as too quick to accommodate development rather than protect natural areas.

The issue came to the fore earlier this summer as real estate prices, high to begin with, skyrocketed in the capital, damaging the approval ratings of President Moon Jae-in and the ruling party.

Eager to cool the overheated market, the government floated the possibility of releasing greenbelt land for the construction of new homes in order to increase supply.

The proposal proved divisive, even among the ruling bloc, with the Seoul city government objecting to any change to its longtime policy of preserving what it sees as valuable green space.

Moon, responding quickly to the growing controversy, publicly rejected the easing of greenbelt restrictions in Seoul on July 20, the same day that Realmeter released a poll showing that about 60 percent of all Koreans disapproved of the plan.

But while the president's decision settled the matter for the time being, the fate of the greenbelt remains uncertain long term, with experts saying the government's policy is liable to change should political winds shift in response to growing development pressures or economic crises. 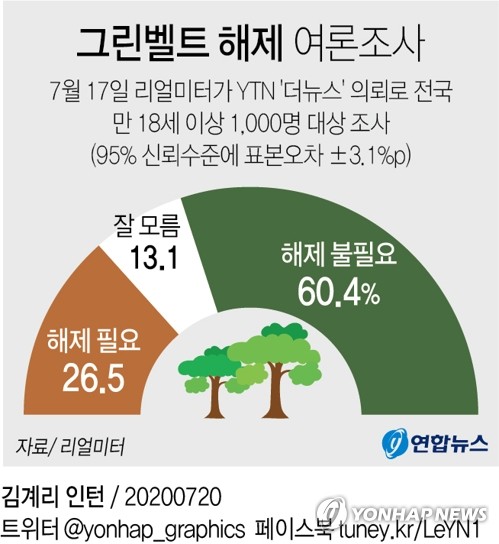 A day after Moon's announcement, activists representing 29 environmental and civic groups, including Green Korea and Lawyers for a Democratic Society, held a demonstration in front of the presidential office Cheong Wa Dae to call on the government to develop a greenbelt policy that prioritizes the sustainability of the country's land and cities.

They held up a banner demanding that the government "not use the pretext of supply expansion to damage even a single pyeong of the greenbelt," using a Korean unit equal to about 3.3 square meters.

The environmentalists' uncompromising demands put them at odds with some urban planners, who advocate a more flexible approach to greenbelt management.

Jun Myung-jin, a professor of urban planning at Chung-Ang University in Seoul, said he supports the maintenance of Seoul's greenbelt as is because of the scarcity of such natural areas and the value they bring to the city.

But he framed this as having the inevitable downside of limiting the amount of land available for development in a city packed with almost 10 million people, as the greenbelt takes up about 25 percent of Seoul's total area.

"I think even though the greenbelt has lots of amenities, like natural environment amenity and mitigating air pollution or mitigating heat island, we are enjoying that kind of benefit at the cost of higher housing prices," Jun said. "There is a tradeoff between those issues." 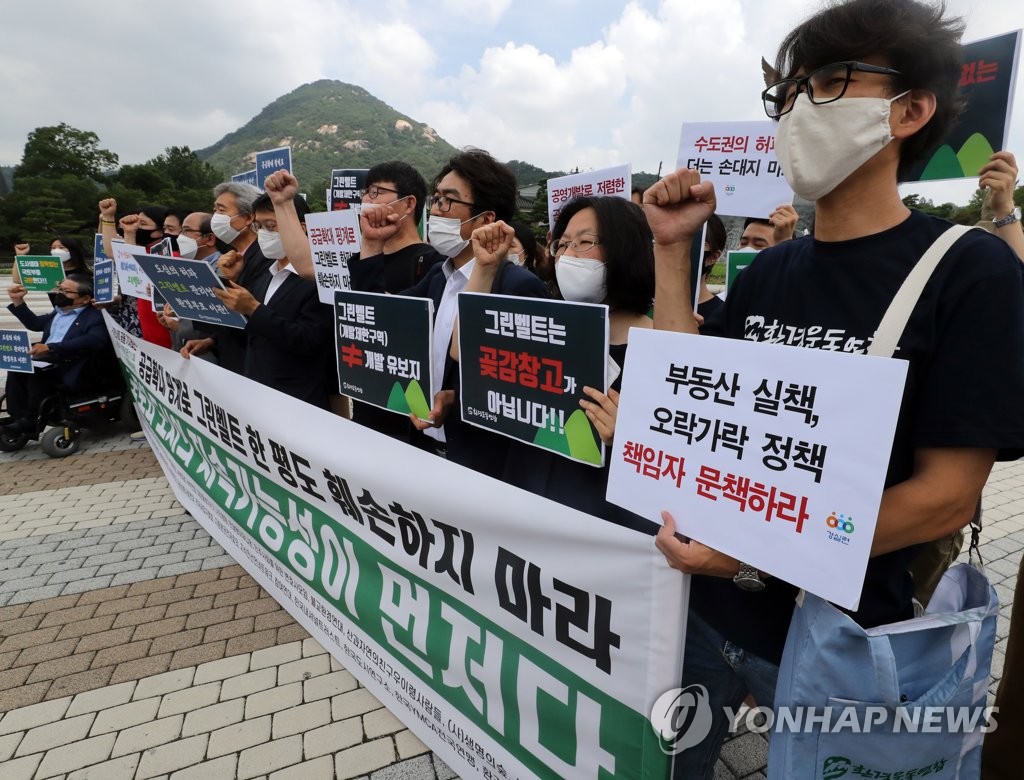 One possible solution, in Jun's view, would be to ease restrictions on some protected land in nearby Gyeonggi Province, which contains around three-quarters of the greenbelt in the Seoul metropolitan area.

Though much of it is mountainous and not developable, the greenbelt also includes agricultural land, some of it covered with greenhouses, that Jun argued could be developed without causing significant environmental harm.

The goal, he said, should not just be to build more homes but to address the large mismatch between housing and jobs, as central Seoul is home to around 39 percent of the capital area's total population but around 47 percent of all jobs.

The situation is in part a consequence of the greenbelt's layout, which is shaped like a 10-km wide donut surrounding Seoul.

The design, established in the early 1970s by the authoritarian government of President Park Chung-hee, aimed at limiting the expansion of Seoul at a time when the city was undergoing rapid population growth. 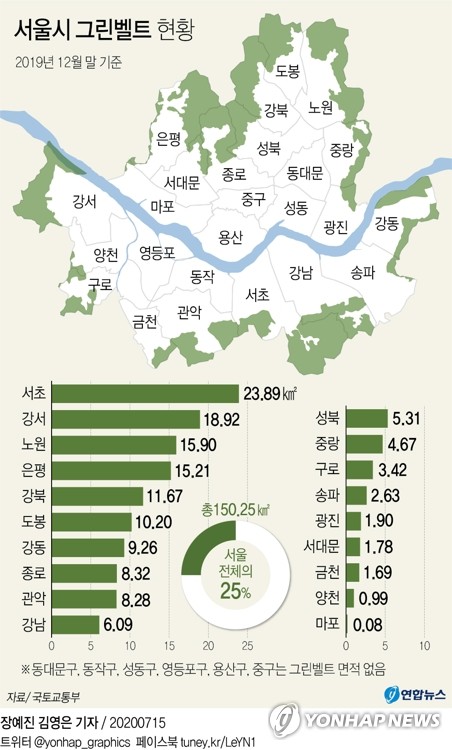 Instead, as the inner city became denser, new developments also sprang up in surrounding areas beyond the greenbelt, a phenomenon known as "leapfrog" development that has contributed to urban sprawl, according to experts.

With businesses seeking to remain in Seoul to enjoy the economic benefits of proximity to other firms, workers, priced out of the city's real estate market, have had to relocate to such cheaper housing in the suburbs.

This dislocation contributes to increased commuting costs totaling hundreds of millions of dollars per year or more when including the value of travel time, according to estimates by Jun and other scholars.

Jun suggested that using greenbelt areas to build new planned developments like Pangyo, a high-tech industrial complex in Seongnam, south of Seoul, could contribute to the "suburbanization" of jobs and help alter the current dynamic driving high land and housing prices.

"We have to think about this kind of opportunity cost to keeping this area intact, and on the (other) side, it's developing this kind of area for the younger generation, low income people, public housing," he said. 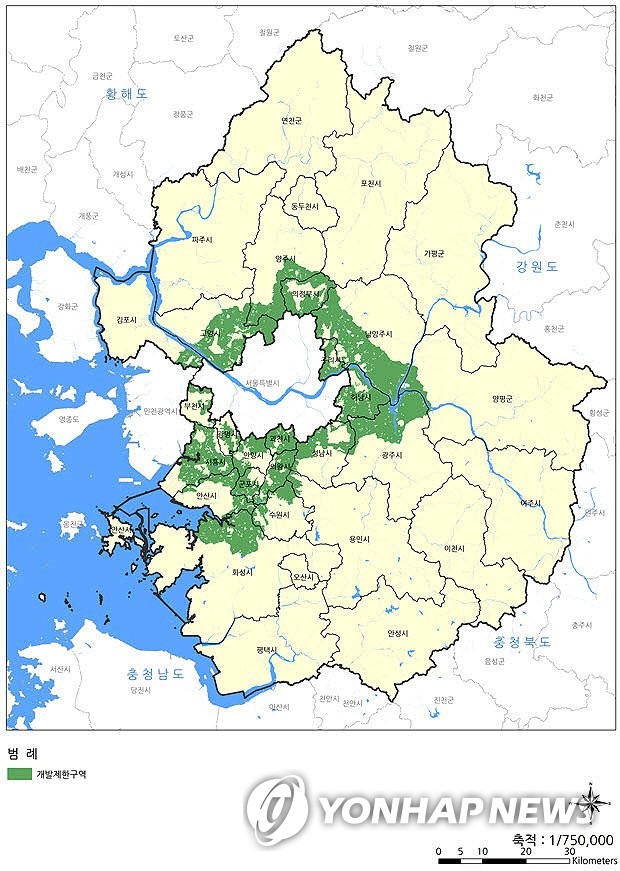 Any relaxation of greenbelt areas would continue a process that began when liberal President Kim Dae-jung took power in 1998.

At that time, Kim, who was supported by greenbelt landowners frustrated at their inability to develop land in the restricted areas, embarked on reform of the system, which had been strictly maintained for nearly 30 years.

Despite the slowdown, the importance of setting aside land in heavily urbanized South Korea has only increased in light of climate change and the coronavirus pandemic, according to Youn Yeo-chang, a professor of forestry at Seoul National University. Some experts posit that urbanization has contributed to the global spread of such diseases.

He noted also that protected areas account for only 12 percent of all land in South Korea, a number far short of the United Nations' target of 30 percent under its Sustainable Development Goals.

Echoing environmentalist groups, Youn suggested that the responsibility for its management should be transferred from the Ministry of Land and Transportation to the Ministry of Environment.

"Relying on political leaders' decisions is not very secure," he said. "I think we have to make a more fundamental backup on increased awareness of the public about ecosystem services' function, and also a new structure of government that's controlling the greenbelt, not as a means of urban planning but as a means of safeguarding urban society." 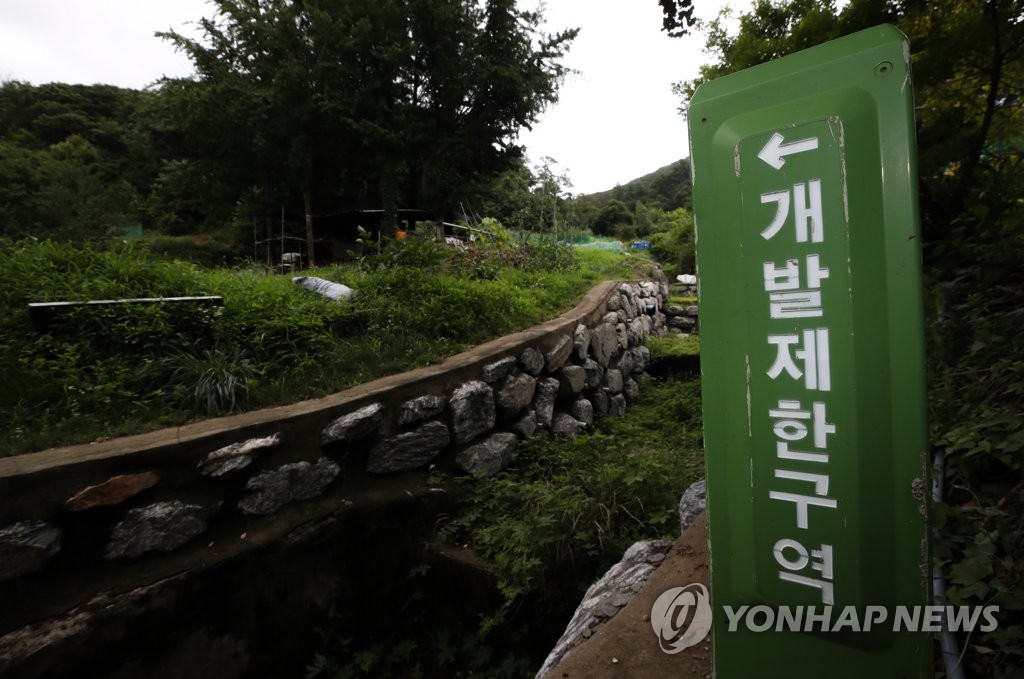 In Daeyami, what Jo characterized as widespread opposition to the proposed construction has not been enough to stop the local government and Korea Land and Housing Corp. from pushing ahead with the development.

Residents remain in the dark about the project's future, with little voice in the process, according to Jo. She said that an environmental effects assessment released last year failed to provide adequate countermeasures to address residents' concerns.

The loud croaking of narrow-mouthed frogs punctuated her remarks, evidence that, at least for now, something of Daeyami's rural character remains. 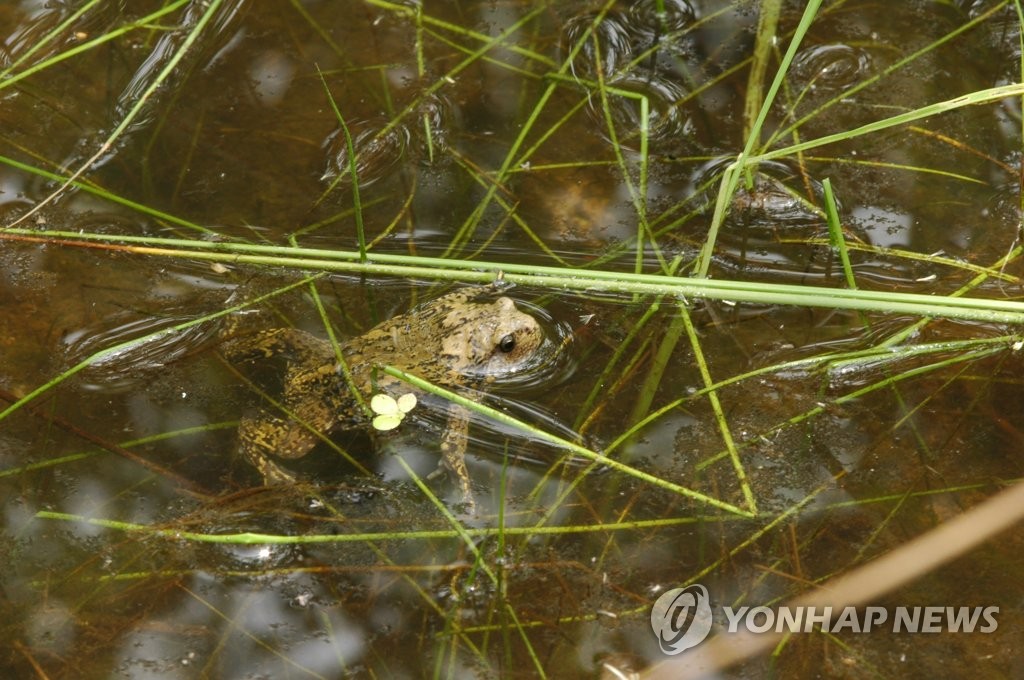