The entity, named the Unification Nonghyup, signed a contract with two North Korean companies, including the Korea Kaesong Koryo Insam Trading Corporation, in June to bring in North Korean liquors, as well as candies, teas and other items, according to its chief, Jeong Ik-hyun.

In return, the South Korean group is to give sugar in consideration of international sanctions against Pyongyang, he added.

The deal was brokered by a Chinese firm, and the potential exchange would be made via a Chinese port, according to the official.

If allowed, it will be the first time that North Korean products enter the South since 2010, when the Seoul government imposed sanctions on the North following the North's sinking of the South Korean naval ship Cheonan.

The sanctions, known as the May 24 Measures, ban almost all inter-Korean exchanges and have been regarded as an extra hurdle in advancing ties between the two Koreas.

A unification ministry official said that the government is "reviewing the case to determine if it meets due criteria for approval."

Last month, Minister Lee In-young proposed, when he was a nominee, small-scale bartering between the two Koreas as a way to break the current impasse and to work around the sanctions. 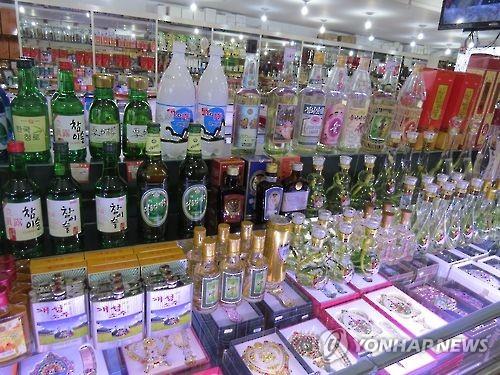