Of the local transmissions, roughly half were from the greater Seoul area -- with close to 10 in Seoul and around a dozen for Gyeonggi Province. The southeastern port city of Busan reported three more COVID-19 cases.

The capital city has reported 1,644 confirmed coronavirus cases, while neighboring Incheon had 387. 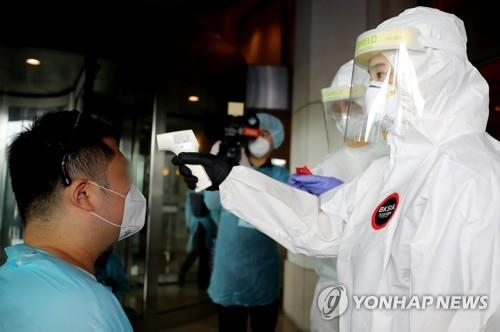 Health authorities are on high alert over virus outbreaks at churches, offices and restaurants.

A total of 15 cases have been traced to a coffee shop and a restaurant, both of them located in southern Seoul, up two from a day earlier, the KCDC said.

One more patient was traced to a church in the eastern Seoul ward of Songpa, bringing total infections from the church to 22, the KCDC added.

Health authorities said 336 people who attended an Islamic festival in Cheongju, where six virus patients were confirmed Wednesday, tested negative for COVID-19. Cheongju is located some 130 kilometers south of Seoul, with city health officials taking flak for not ensuring that participants at the gathering followed strict social distancing rules, like keeping their masks on at all times and eating.

"Due to heavy rain, people tend to spend more time indoors, and it is also difficult to ventilate, which increases infection risks," Kwon Jun-wook, a senior health official, said at a briefing. "However, we must keep up virus prevention measures." 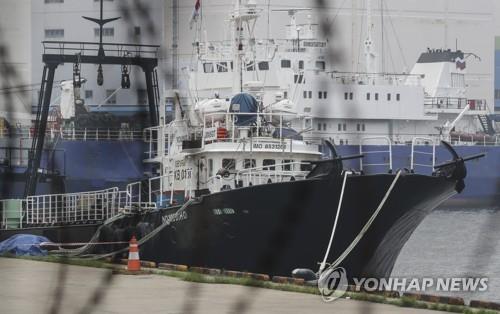 The KCDC said a total of 111 coronavirus patients in critical condition in 34 hospitals across the country have been administered with remdesivir, an experimental drug conventionally used for Ebola.

For the development of blood plasma-based treatments, 1,158 people who fully recovered from the virus have expressed their willingness to donate their blood plasma, according to the KCDC. Among them, health authorities said they have collected samples of plasma from 772 people.

The country reported no additional deaths, keeping the number of fatalities at 302, with the mortality rate reaching 2.08 percent, according to the KCDC. It, however, confirmed that one person in her 90s died after having been diagnosed with the illness last month. The death will be reflected in the official tally released on Friday.