SEOUL, Aug. 6 (Yonhap) -- South Korea is considering providing relief and assistance to Lebanon following a massive explosion in its capital that claimed more than 130 lives and injured over 5,000, the foreign ministry said Thursday.

"We are actively considering ways to provide support. We are looking into this while closely monitoring the situation," ministry spokesperson Kim In-chul told a press briefing.

No South Korean casualties have been reported so far in the blast, though the homes of two South Koreans in Beirut were damaged, officials said.

"We have set up a response team at the embassy and are checking every hospital near the site of the explosion and closely communicating with the local authorities to find out if any other Koreans have been harmed or suffered damage," he added.

Tuesday's explosion in a waterfront warehouse occurred after large amounts of ammonium nitrate, a highly explosive fertilizer, caught fire, according to news reports. 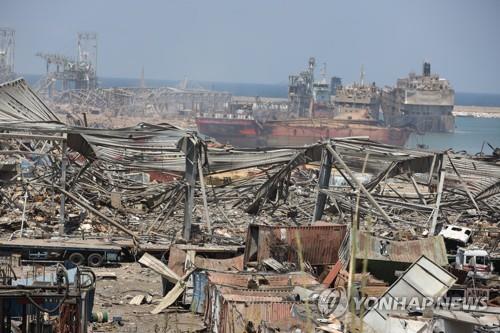