Support for both President Moon Jae-in and the ruling Democratic Party (DP) dropped apparently due to controversial real estate policies and growing tensions with the prosecution leadership, Realmeter, the pollster that conducted the survey, said.

The UFP's approval rating stood at 34.8 percent, up 3.1 percentage points from last week. It is the highest the conservative party has seen since its foundation in February. 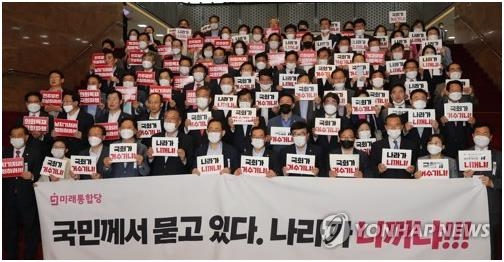