SEOUL, Aug. 6 (Yonhap) -- Samsung Electronics Co. is expected to increase its presence in the wireless earphone market following its launch of a new hearable product, analysts said Thursday, as the South Korean tech giant tries to catch up with industry leader Apple Inc.

The Galaxy Buds Live wireless earbuds were one of the new mobile devices that Samsung unveiled at the Galaxy Unpacked online event Wednesday.

"The Galaxy Buds Live is expected to be a product that can generate demand in the long term," said Roh Kyung-tak, an analyst at Eugene Investment Securities. "It is Samsung's first open-type truly wireless stereo (TWS) product with active noise canceling (ANC) technology." 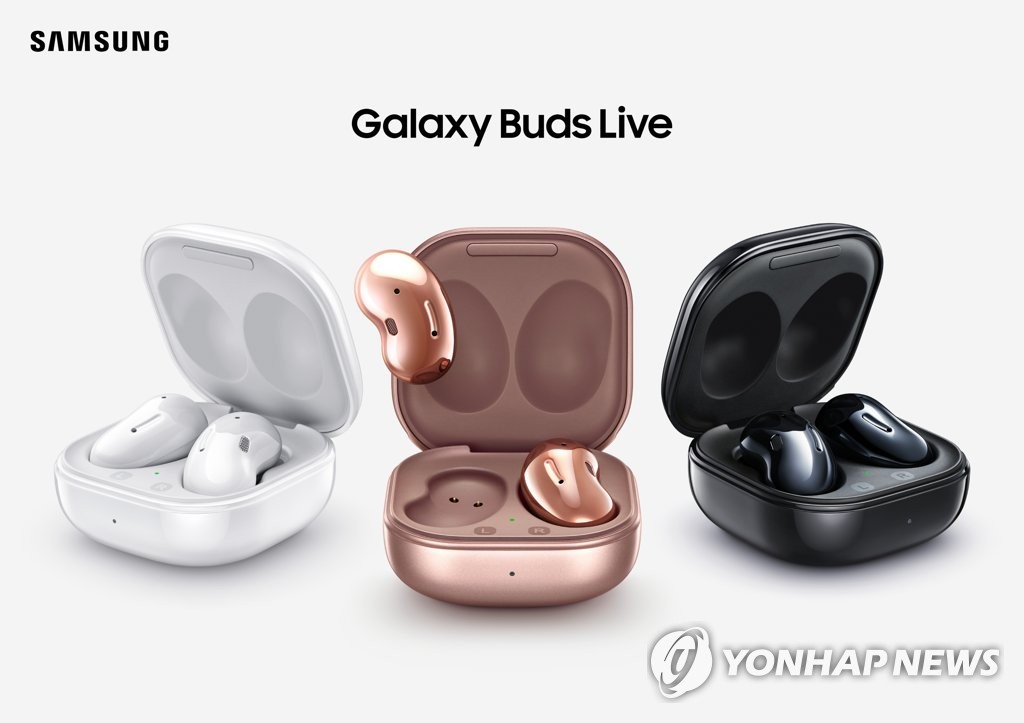 At the Galaxy Unpacked event, Samsung said the Galaxy Buds Live can cut low-band background noise by up to 97 percent, allowing users to tune out noise distractions.

The ANC technology was one of the reasons that many consumers selected Apple's AirPods, but with Samsung also using that solution, industry observers said the company can expect sales increase.

The Galaxy Buds Live has also been priced at US$169, about $80 cheaper than the AirPods Pro with ANC.

Analysts pointed out the wireless earphones' improved compatibility with other Galaxy devices can attract Samsung consumers.

"Since 2019, Samsung, like Apple, has been removing the headphone jack on its flagship smartphones and that has led to increased demand for wireless earphones," Lee Chang-min, an analyst at KB Securities, said.

Apple is the dominant player in the TWS market. Last year, the American tech juggernaut shipped 58.7 million wireless earphone products, accounting for 54.4 percent of market share, according to data from Strategy Analytics.

Samsung was the third-largest player in 2019 with a 6.9 percent market share, trailing behind China's Xiaomi with 8.5 percent, data showed.

Lee said Samsung's market share in the TWS market could reach up to 10 percent this year, with its aggressive promotion and release of the new product.