Choo opened with a solo homer in a game against the Oakland Athletics at Oakland Coliseum in Oakland, California, on Wednesday (U.S. time).

He took Athletics starter Sean Manaea's first pitch of the game over the wall in left field, giving the Rangers an early 1-0 lead. But the Athletics beat the Rangers 6-4.

It was his third homer of the 2020 season and second leadoff homer following the one last Friday against the San Francisco Giants.

The latest homer helped Choo become one of three active Major League players, along with Charlie Blackmon of the Colorado Rockies and George Springer of the Houston Astros, tied for the most leadoff long balls.

They are in eighth place on the list of most career leadoff home runs in the MLB, closely following 37 leadoff shots by former Seattle Mariners outfielder Ichiro Suzuki. 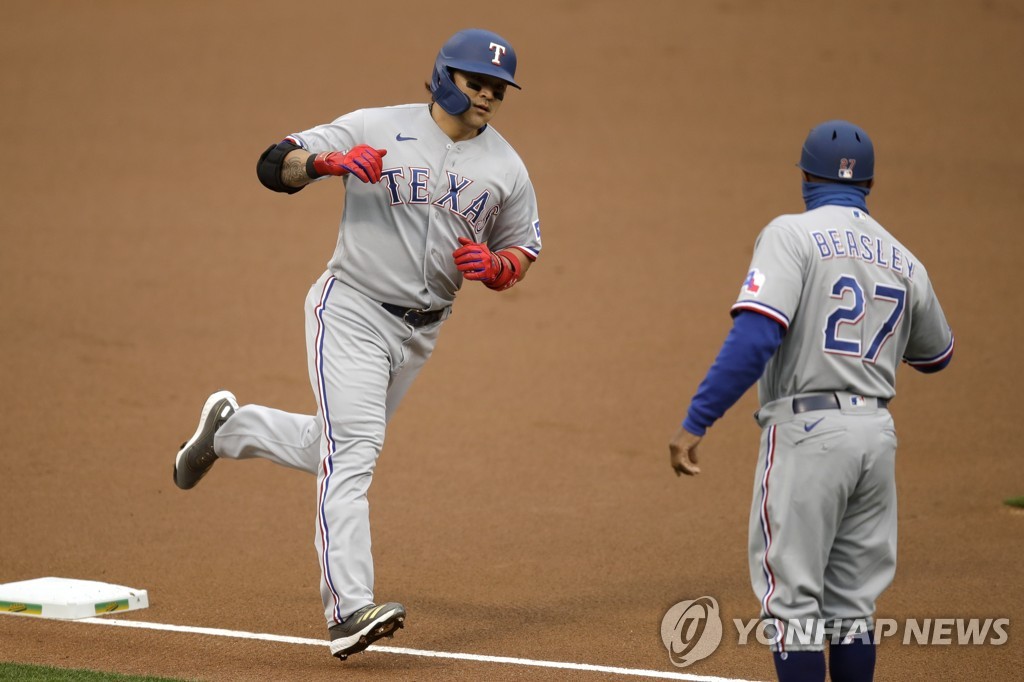