SEOUL, Aug. 6 (Yonhap) -- South Korea's midsized shipbuilders, including Hanjin Heavy Industries Co., saw a sharp fall in new orders in the first half of the year due to the spread of COVID-19, a report showed Thursday.

According to the report released by the Korea Eximbank Overseas Economic Research Institute, the shipbuilders won orders of a combined six tankers, or 157,000 compensated gross tons (CGTs), down 39 percent in the January-June period from a year earlier.

The fall in new orders was blamed on the market slump caused by the coronavirus pandemic, the report said.

As of the end of the first half, the midsized shipbuilders have an order backlog of 38 ships, or 84.2 CGTs, down 14.8 percent from a quarter earlier due to decreasing new orders. 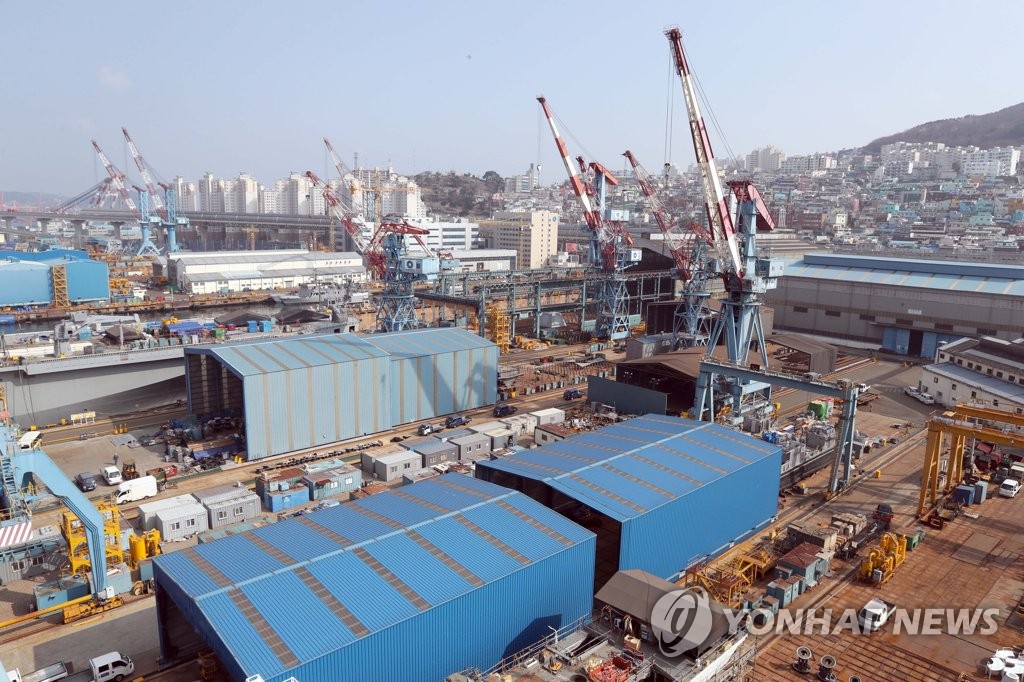 DWTs are a measure of the combined weight of cargo, fuel, fresh water, ballast water, provisions, passengers and crew that a ship can carry.

Battered by the 2008 global financial crisis, the number of local midsized shipbuilders in operation shrank to seven in 2020 from nearly 15.

Among seven midsized shipbuilders, three -- Hanjin Heavy, Daesun Shipbuilding and STX Offshore -- have been put up for sale but have failed to find buyers.

Midsized shipbuilders' orders down 39 pct amid COVID-19 in H1

Midsized shipbuilders' orders down 39 pct amid COVID-19 in H1