SEOUL, Aug. 6 (Yonhap) -- Public parks along the Han River in Seoul were closed on Thursday due to heavy rain that hit the capital and central parts of the country.

A flood advisory was issued in the morning for the Han River for the first time in nine years as up to 18,000 tons of water per second were discharged from Paldang Dam in the upper part of the river.

The city government shut down all 11 riverside parks, including Jamsil, Yeouido and Nanji parks.

The office in charge of managing Han River environs asked citizens not to visit the parks for the time being even after the water level drops.

It is advisable for citizens to refrain from visiting until restoration work, including safety checks and cleanup, is completed, the office said. 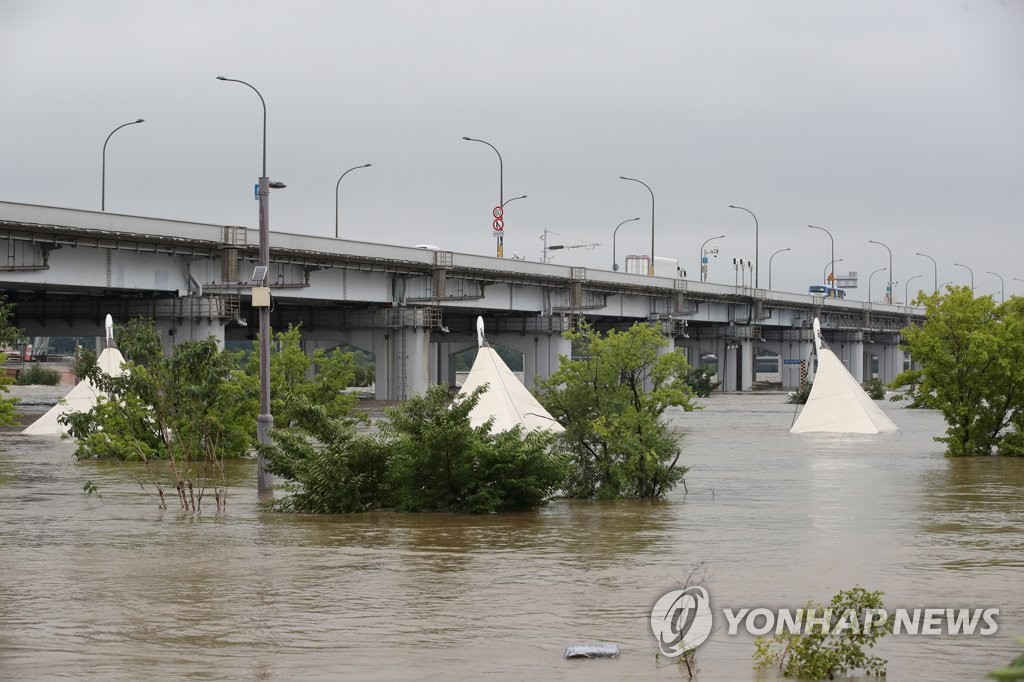 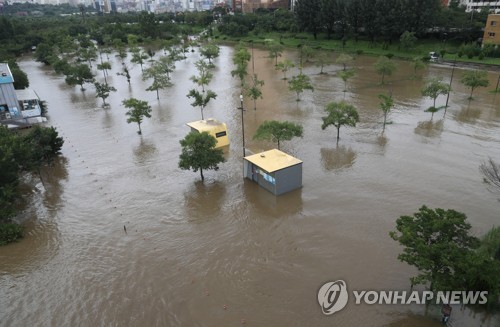