Kang and German Foreign Minister Heiko Maas are set to meet for their second "strategic dialogue" in the German capital on Monday, in her first overseas trip since she last traveled to Europe in February.

The two sides are expected to discuss people-to-people exchanges, bilateral trade and the expansion of the Group of Seven advanced countries -- a suggestion floated by U.S. President Donald Trump but reportedly opposed by Germany.

"We expect the meeting to serve as an opportunity to strengthen strategic communication and cooperation between the two countries," Kim In-chul, spokesman for the ministry, told a regular press briefing.

Observers said that during Monday's talks, the two sides could discuss the U.S. decision to pull out 12,000 troops from Germany, which Trump called "delinquent" in its payments to the North Atlantic Treaty Organization.

The drawdown decision has sounded alarm in South Korea, which has had marathon yet unproductive negotiations with the U.S. over the sharing of the cost for stationing 28,500 American troops charged with deterring potential North Korean aggression.

The two sides could also touch on Korean Trade Minister Yoo Myung-hee's bid to become the new chief of the World Trade Organization.

Kang and Maas held the first strategic dialogue in Seoul in July 2018. 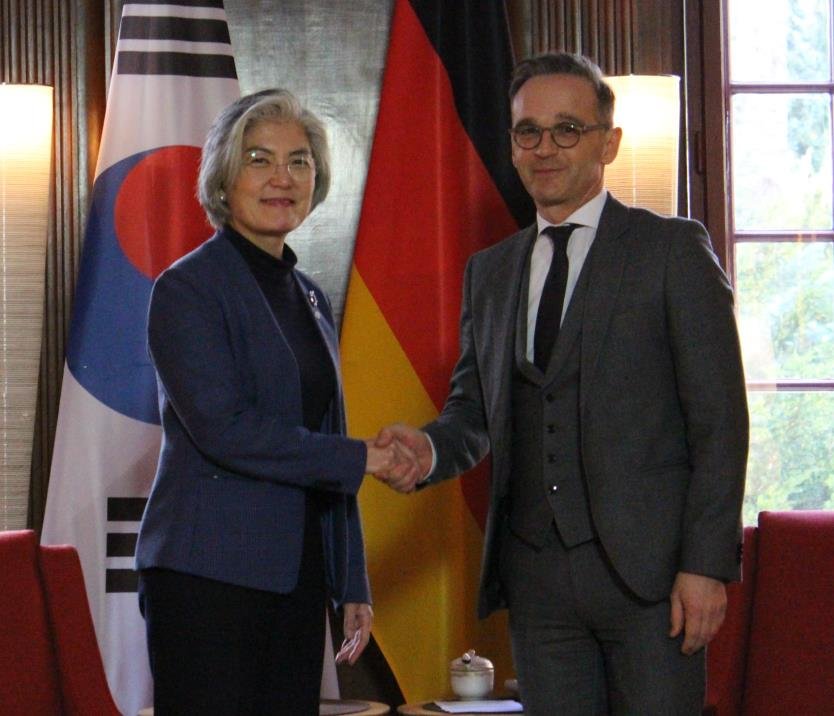