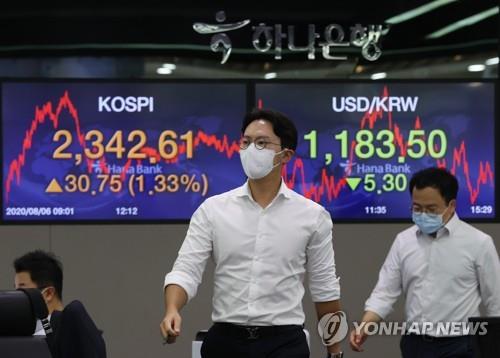 The market continued its bullish run after closing at a nearly two-year high in the previous session.

Investor sentiment remained high despite nationwide downpours and concerns about the coronavirus pandemic.

Stocks lifted over rosy expectations that the U.S. stimulus package is nearing an accord, in addition to improvements in economic indexes in major economies.

Most other large caps traded higher.

Bond prices, which move inversely to yields, closed lower. The yield on three-year Treasurys rose 1.2 basis points to 0.807 percent, and the return on the benchmark five-year government bond added 0.8 basis point to 1.053 percent.