INCHEON, Aug. 6 (Yonhap) -- At first glance, it looks like an ordinary hotel, but visitors soon realize that the place is not a normal lodging facility when they see signs like "go back to your room now" on elevators.

South Korea's Central Disaster Management Headquarters operates nine temporary quarantine shelters in the greater Seoul area as of end-July, using hotels and dormitories to accommodate arrivals who do not have local addresses.

Since April, all entrants from overseas are obliged to self-quarantine for 14 days in a move to help contain the spread of the virus.

People who come into South Korea for diplomatic and state affairs can also use the facility for a short period of time while waiting for their virus test results.

In recent weeks, health authorities have been in hot water after some foreigners escaped from quarantine shelters, raising concerns over virus infections in communities.

However, health officials vowed that such cases will not happen again as they reinforced supervision measures. 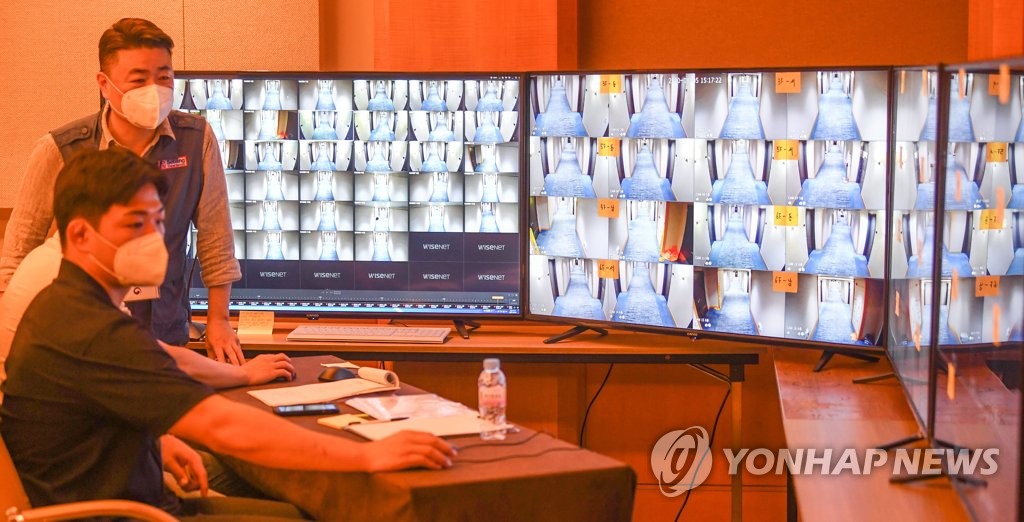 "We are protecting foreign arrivals safely, so there is no risk of spreading the virus to local residents," said Koh Deuk-young, who manages entry measures at the Central Disaster Management Headquarters. "You can say that the facility is safer than eating dinner outside with your friends."

Some residents have demanded that the facilities be closed after cases of foreigners deserting temporary shelters, but Koh said the authorities have installed more CCTV cameras and strengthened the outdoor surveillance system.

At a shelter in Incheon, health authorities were running six cameras on each floor. Sixteen officials from the Ministry of National Defense worked in groups of two to monitor screens 24 hours a day.

"To minimize fatigue of our monitoring workers, they are working over a three-week period," Kim Woo-kyun, a military official supporting quarantine issues, said. "We guarantee enough rest time for workers."

To enter quarantine shelters, foreign arrivals need to go through three stages of screenings. They first need to provide a sample to health workers for a coronavirus test, sign documents for quarantine policies and receive quarantine supplies. 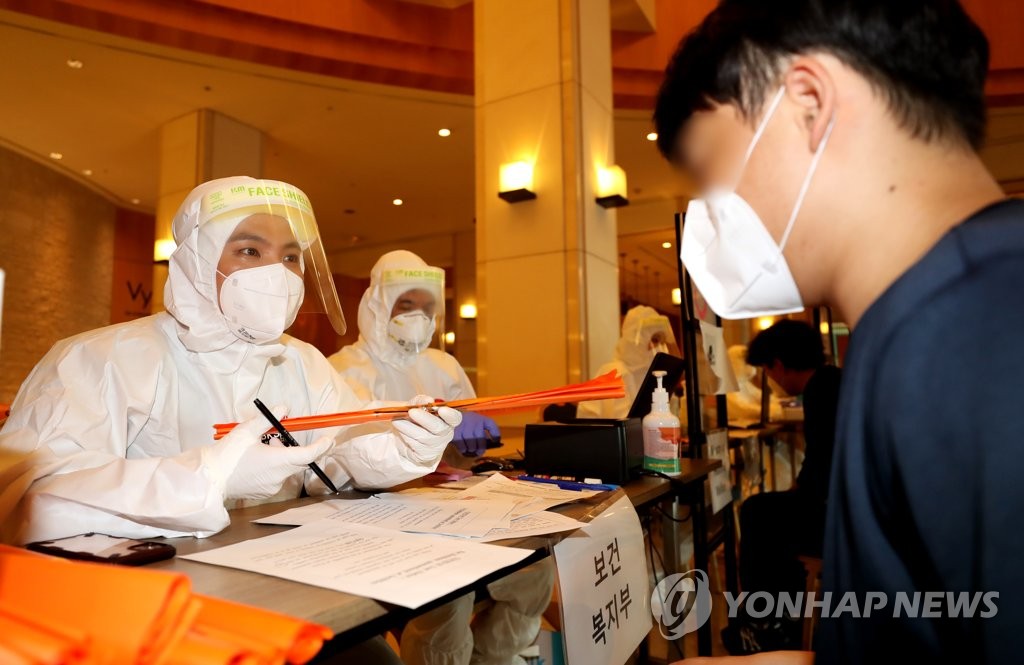 All people in isolation must install a mobile app that allows authorities to monitor them in real time and ensure they are following the rules.

The government charges 120,000 won (US$101) per day, meaning that for the 14-day quarantine period shelter users need to pay a total of 1.68 million won. The government previously charged 100,000 won per day, but after it started using private-run facilities as shelters, it raised the rate.

At the Incheon shelter, the room for self-isolators is the same as a standard double room at hotels. Each arrival gets his or her own room, but for those who are under age 12, they are allowed to share a room with their parents.

Upon entering the room, they are not allowed to go outside until the quarantine period is over. They need to do their own laundry inside the restroom. Food boxes are delivered to their rooms for meals. 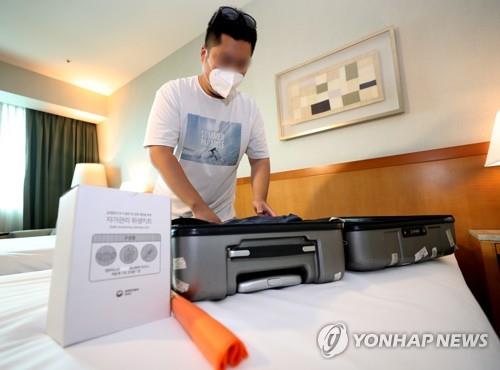 Health authorities said the number of people using quarantine shelters has decreased in recent weeks after the government decided to end visa-free entry regarding crew transfers.

Previously, foreigners entering the country for ship crew changes were eligible for visa-free entry. But from July 24, they have been required to hold a visa and need to submit a health certificate proving that they tested negative for COVID-19.

As of Tuesday, only 1,154 rooms, or 33.7 percent of the total rooms, at government-designated quarantine shelters were occupied, the Central Disaster Management Headquarters said.