The chief executive made the comment during a visit to Gunnam Dam, which lies downriver from the North's Hwanggang Dam, aides to the president said.

Earlier in the week, Hwanggang's floodgates opened to release water down the Imjin River that flows through South Korea into the Yellow Sea. The discharge caused water to rise to record-high levels and forced local authorities in the northern Gyeonggi region to order evacuations of low lying areas.

"If the North informed us of discharge plans, it would have greatly helped us control water levels at the Gunnam flood control dam, but it is a shame that this has not been the case," Moon told water resource management officials. He pointed out that the two sides agreed in the past to share such information, but that agreement has not been carried out. 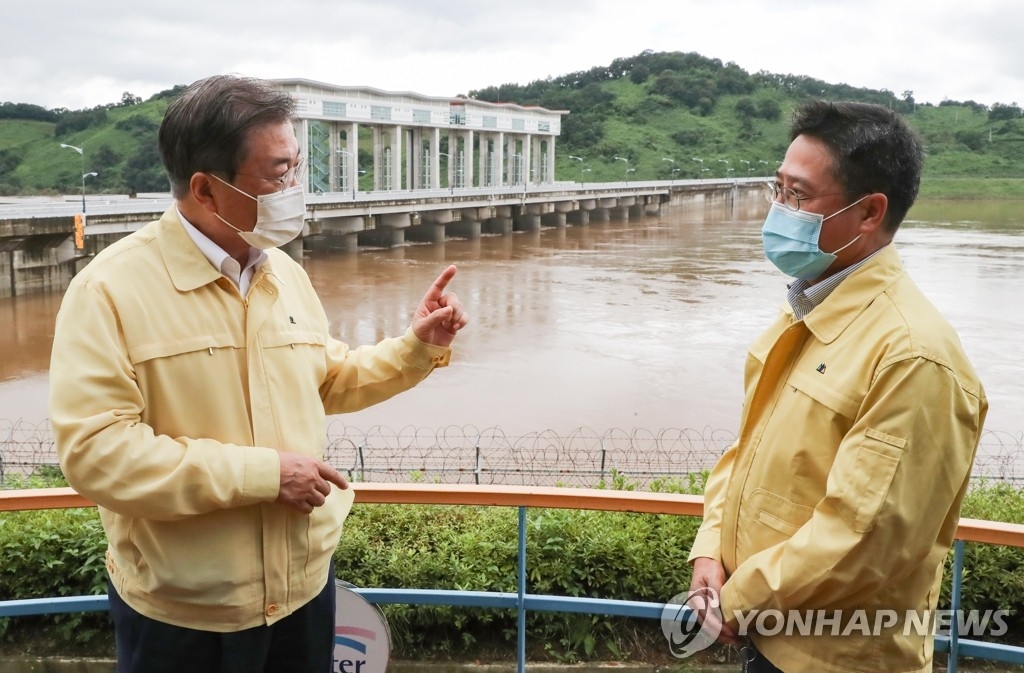 Moon said that in light of the lack of information coming out of the North, the South needs to check the weather reports carefully and plan ahead in anticipation of water being discharged without warning.

"It is imperative that there is no damage downriver so our dam operator needs to work closely with Yeoncheon County and Paju City," Moon said. The country and city can be directly impacted by rising water levels on the Imjin.

During the visit, Gunnam Dam authorities said that they have set up various contingency plans related to developments in the North.

An official told the president that even in the worst-case scenario of the Hwanggang Dam giving way, the South will be able to handle the situation to reduce damage.

Besides visiting the dam, Moon visited a temporary shelter for displaced people in the region to pledge quick relief and assistance.
(END)