WASHINGTON, Aug. 6 (Yonhap) -- A senior U.S. State Department official said Thursday it is up to South Korea to decide whether to allow continued use of popular Chinese apps TikTok and WeChat.

Keith Krach, under secretary of state for economic growth, energy and the environment, said the United States respects the sovereignty of nations and is "not dictating to any countries" what to do.

Krach's comment comes a day after U.S. Secretary of State Mike Pompeo said the United States wants to remove TikTok and WeChat from U.S. app stores because of the "significant threats" they pose to the personal data of American citizens.

The U.S. has increasingly sought to ban the use of Chinese technology, citing national security concerns. 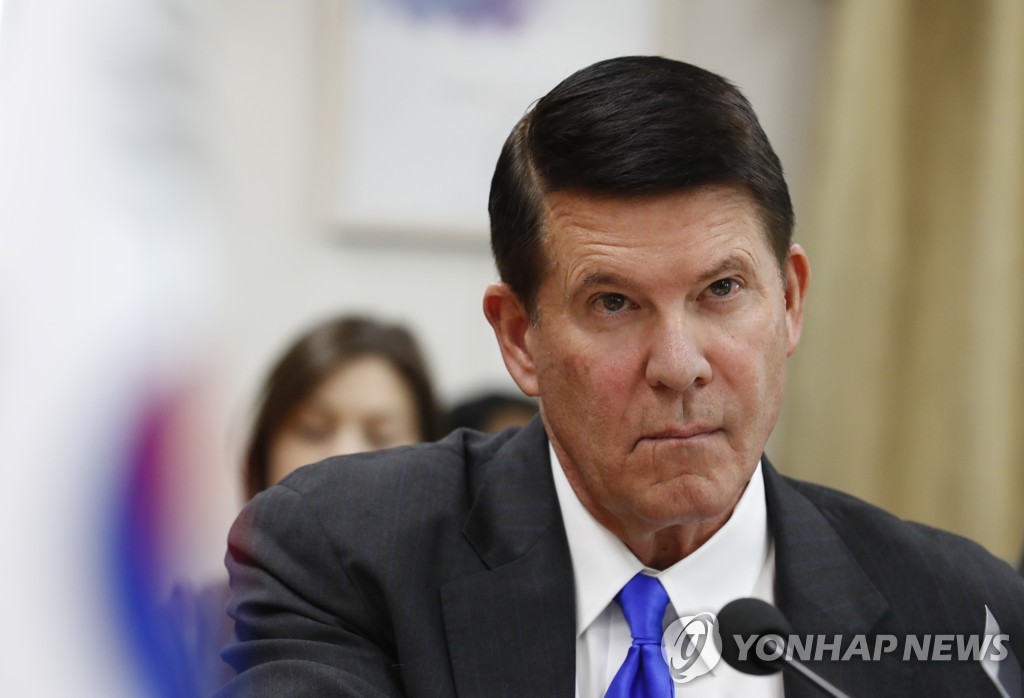 "I think it's up to the Korean people," Krach said, adding that the U.S. objective in building a coalition of countries against Chinese technology is to share its experiences and help others learn from its mistakes.

"I think to a great extent we enabled them," he said of China. "But it's just now becoming so evident that China's aggression has just really accelerated, and you see it all over the world," he added, listing examples such as tensions in India, the South China Sea, Hong Kong and Xinjiang.

"Their aim has really been to extend that great China firewall, which is really a one-way firewall where all the data can go in, but none can come out," Krach continued. "And they use that for purposes for artificial intelligence. And then reciprocally all their propaganda can go out, but free news doesn't come in."

The U.S. is seeking "fairness, transparency, reciprocity" from China, he added.

Krach also noted that of the three major telecom companies in South Korea, only one has yet to ban the use of equipment made by Chinese telecom giant Huawei.

"I think they're still making that decision," he said, referring to LG Uplus. "I think the country of Korea is extremely technologically savvy. They're one of the great technology countries around the world. So I think they understand the risk and the dangers there."

Is S. Korea joining TikTok boycott with India and US?

U.S. official says it is up to S. Korea to decide on use of TikTok, WeChat

U.S. official says it is up to S. Korea to decide on use of TikTok, WeChat