The two countries are planning to stage a major annual exercise later this month after canceling an earlier one scheduled for spring due to COVID-19.

Sources have said the computer-simulated command post exercise will be held in an adjusted manner to allow for the fewer number of U.S. service members traveling under coronavirus-related restrictions. 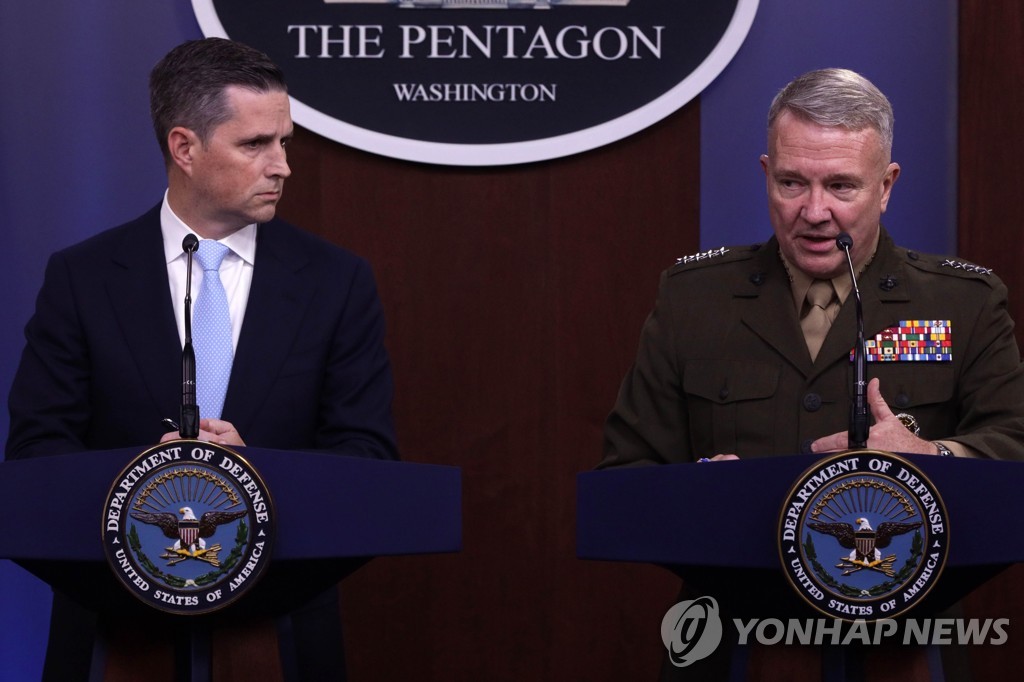 "Obviously we continually evaluate the situation with regard to COVID, so there were some changes to our exercise and maneuver efforts during COVID," Pentagon spokesman Jonathan Hoffman said during a press briefing.

"(U.S. Forces Korea Commander) General (Robert) Abrams has made determinations to continue. We've never stopped training. We never stopped exercising. We're bringing back some, and we're adjusting our force training posture," he added, without directly answering whether the exercise will be reduced in scope.

"But that's going to be ongoing," Hoffman continued. "Part of it is, obviously, we're looking toward the OPCON transfer. And we want to make sure we take the steps that are necessary to get to that place by ensuring that that capability is there for the Republic of Korea forces."

South Korea's defense ministry has said the two countries are pushing to carrying out a Full Operational Capability test during the upcoming exercise. The FOC is meant to verify whether Seoul is on course to meet the conditions for the envisioned OPCON transfer, a goal South Korea aims to achieve before the end of the current Moon Jae-in administration in May 2022.

South Korea has reportedly called for a focus on the FOC test during the exercise, while the U.S. has sought to focus on boosting their joint posture following the cancellation of the spring exercise.

The South handed over operational control of its troops to the U.S.-led U.N. command during the 1950-53 Korean War. It retook peacetime OPCON in 1994, but wartime OPCON remains in the hands of the U.S.

Once the transfer is complete, a South Korean general will head the Combined Forces Command, with a U.S. general taking on supportive roles.