During the visit to the Taechong-ri Area of Unpha County, Kim ordered officials to send his special stock of grain to people suffering from the flood and facilitate the use of necessary supplies, such as cement in rebuilding the damaged sites, the official Korean Central News Agency (KCNA) said.

He called on officials to "responsibly conduct the work of putting up the residents who lost their homes at offices including those at the Party committee and people's committee of the county, public buildings and separate houses, to stabilize their living and comfort them," it said.

He also mobilized the army and ordered their urgent deployment to wrecked houses, roads and zones.

Nearly 730 homes and 600 hectares of rice fields have been flooded and 179 homes destroyed after a levee broke as heavy rainfall pounded the country for days, but no casualties were reported, it added.

Earlier, the North issued special heavy rain warnings for the Pyongan, Hwanghae and Jagang provinces, as well as Kaesong and other parts of the country. 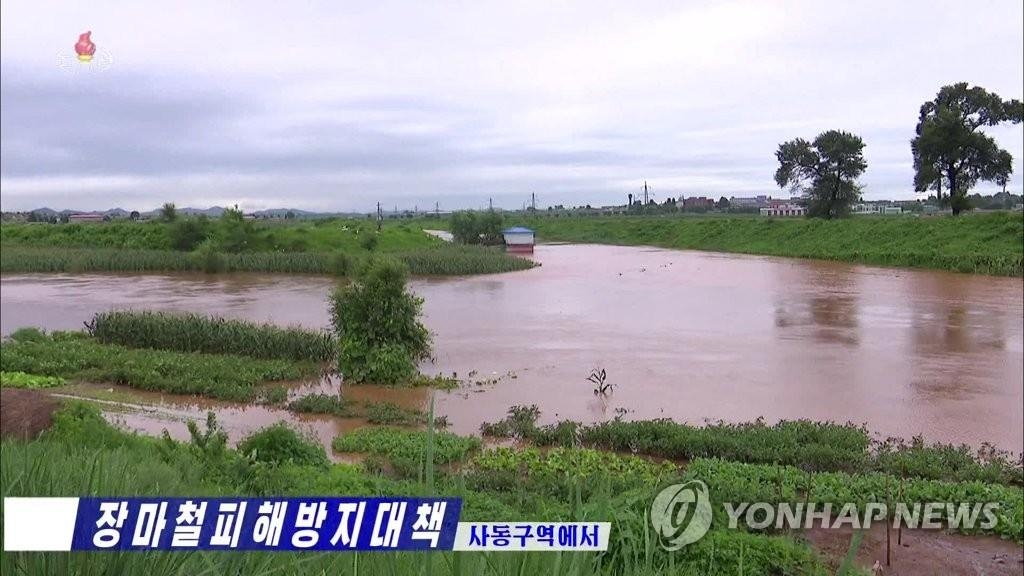