During the visit to the Taechong-ri area of Unpha County, Kim ordered officials to send his special stock of grain to the flood victims and facilitate the use of necessary supplies, such as cement, in rebuilding the damaged sites, the official Korean Central News Agency (KCNA) said.

Later in the day, the Korean Central Television Broadcasting Station released video clips that showed him getting out of the driver's seat of presumably a Lexus sport utility vehicle -- an item banned from exports into the country.

The rare scene of the powerful leader behind the wheel of the mud-stained vehicle appears to reflect an effort to craft his image as a folksy leader caring for displaced residents reeling from the aftermath of torrential rains, observers said. 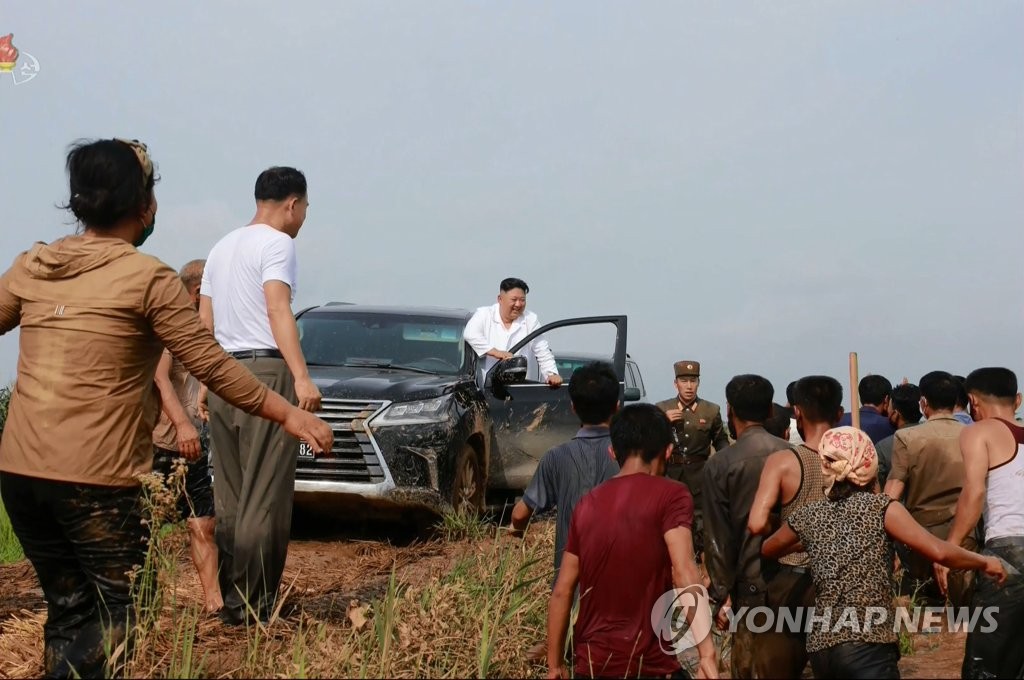 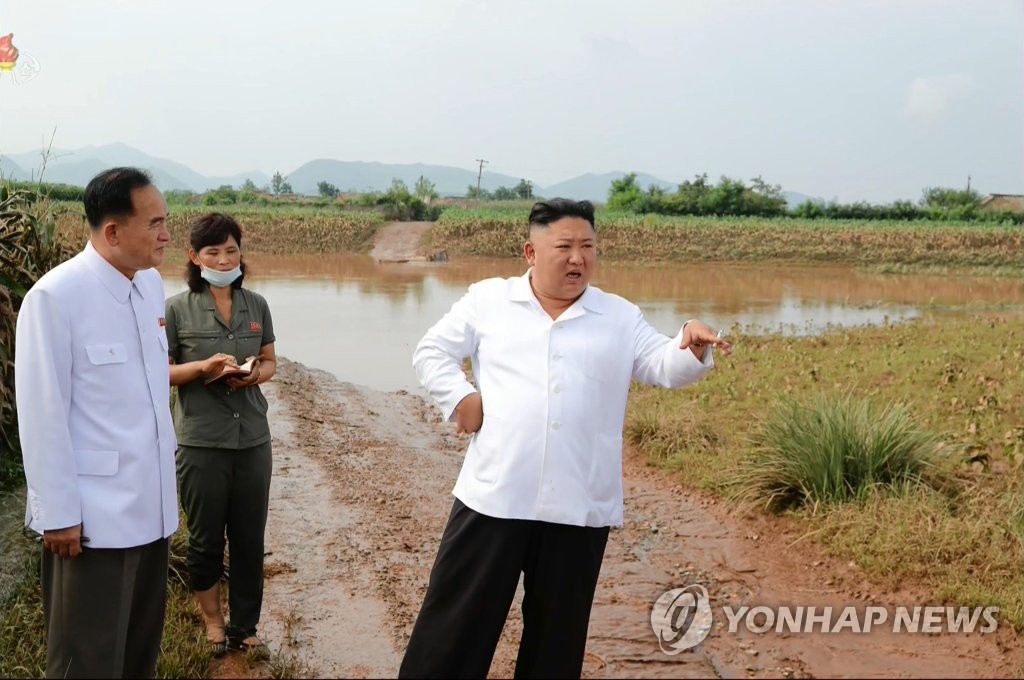 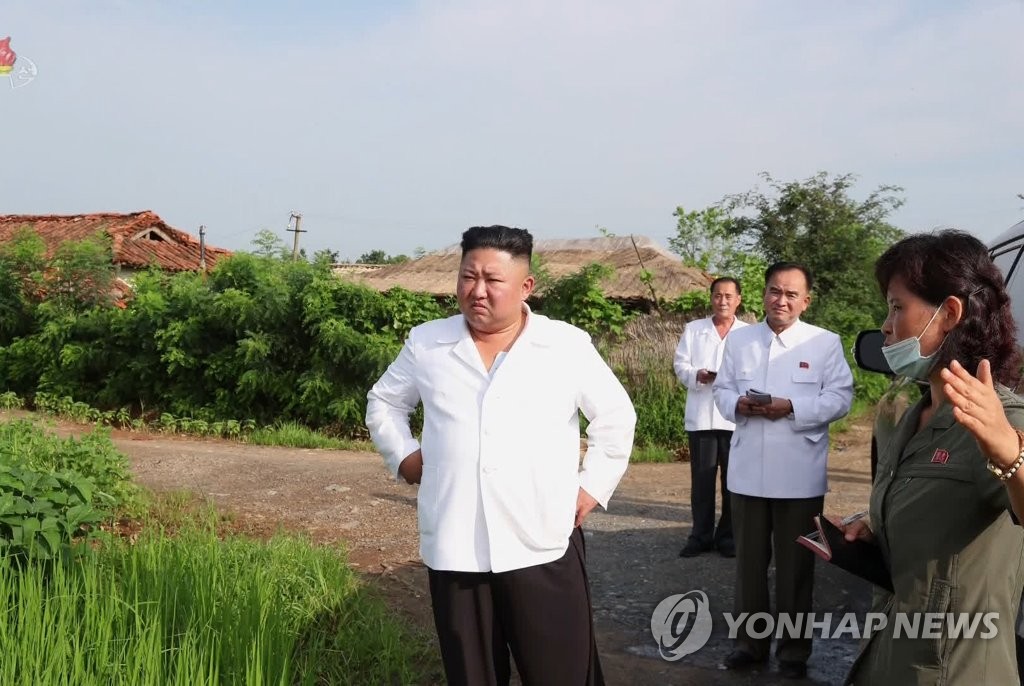