SEOUL, Aug. 7 (Yonhap) -- Trainee doctors at hospitals on Friday launched a one-day strike in protest of the government's medical workforce reform plan, but there was no major disruptions reported as hospitals mobilized alternative health workers.

Around 70 percent of the group's 16,000 members took part in the collective action. 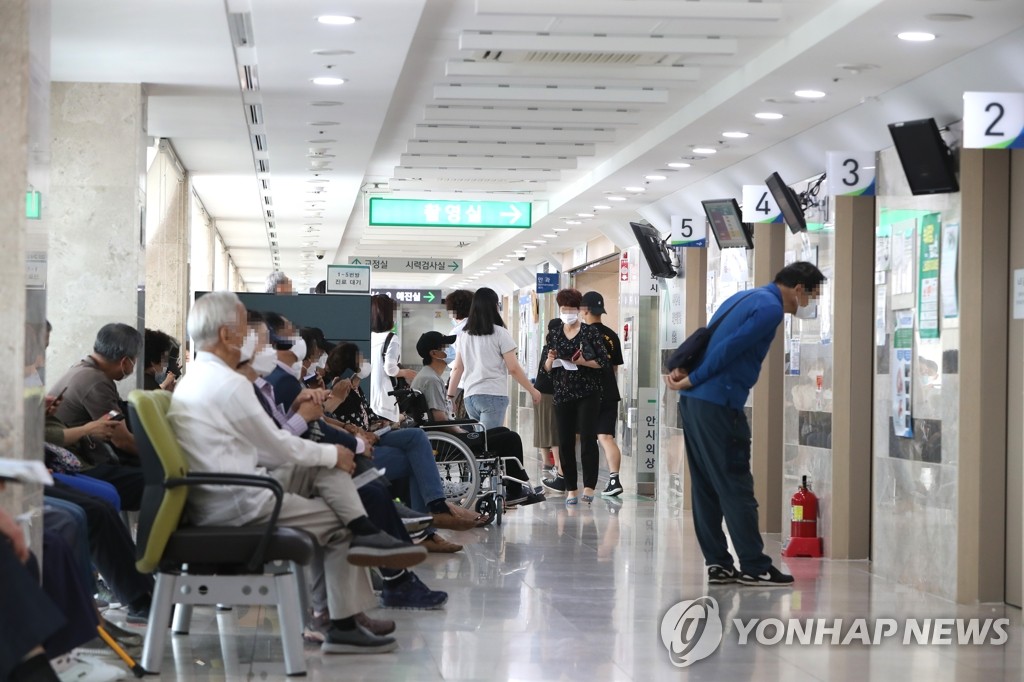 The strike had spawned concerns about a potential disruption in the health care system as trainee doctors working at general hospitals' essential fields, including intensive care units, surgery and emergency rooms, joined the strike.

Surgeries and tests that were not deemed urgent were rescheduled in advance. Hospitals also dispatched more nurses to screening centers to conduct new coronavirus tests.

"Waiting time is not much longer than usual," said a 72-year-old man who was waiting to see a doctor at Asan Medical Center in southern Seoul. 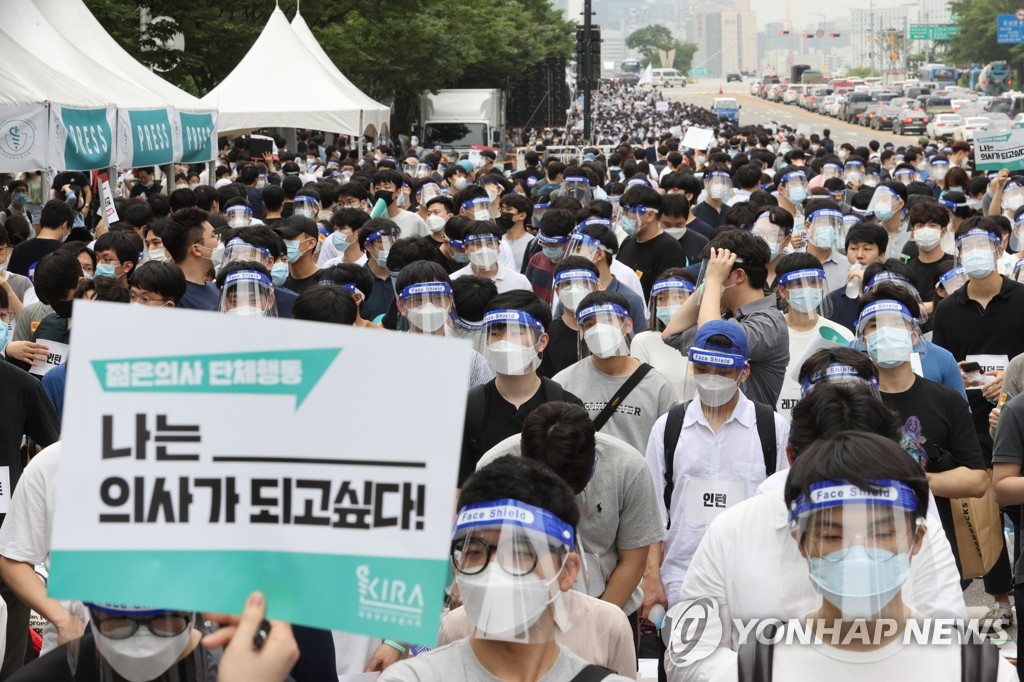 Trainee doctors, estimated at some 6,000, held an outdoor rally in Seoul's financial district of Yeouido to call on the government to reconsider its medical workforce plan.

"The government is trying to press ahead with the move to raise the admission quotas without sincere discussions and grounds." KIRA said in a statement.

"The government should reflect the voice of young doctors in setting up all medical policies."

The government voiced regret that the group pushed ahead with the work stoppage despite its calls for talks to resolve the issue.

The government earlier called on trainee doctors to retract their planned strike, as it could put people's lives at risk amid the new coronavirus outbreak. 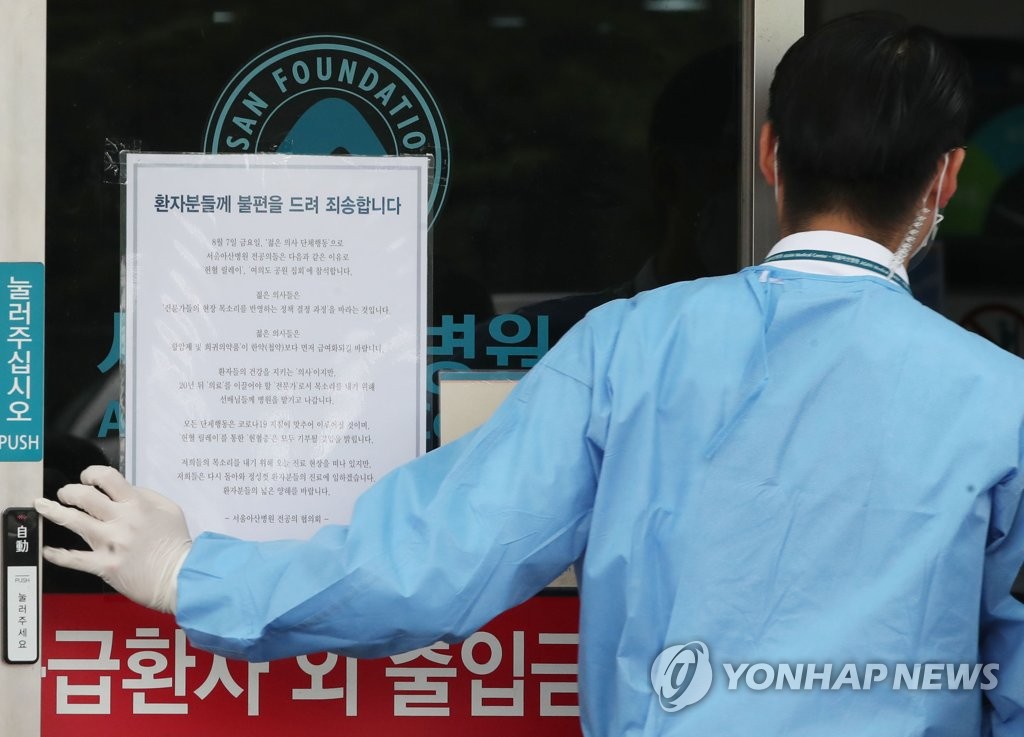