SEOUL, Aug. 7 (Yonhap) -- Sales of Samsung Electronics Co.'s new flagship phablet, the Galaxy Note 20, are likely to be lower than its predecessor, analysts here said Friday, with fierce competition with rivals expected in the second half of the year.

The Galaxy Note 20 comes with two models -- the standard Note 20 with a 6.7-inch flat screen offering a 60Hz refresh rate and the Note 20 Ultra with a 6.9-inch curved-edge display supporting a 120Hz refresh rate.

The price of the standard Note 20 is lower than its predecessor, the Note 10, released last year. 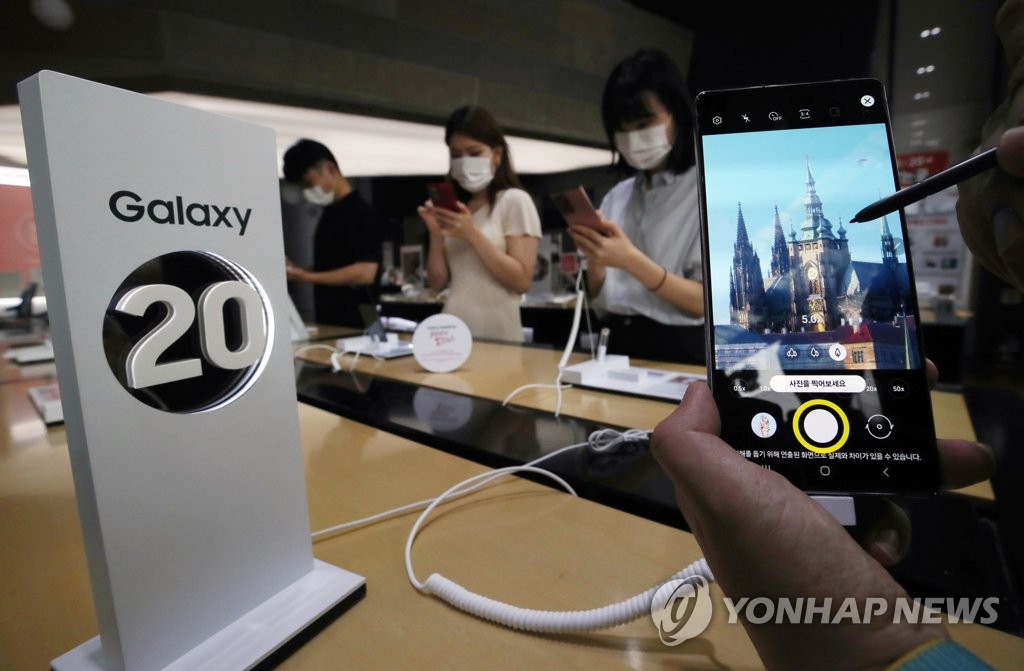 Despite upgraded features and a relatively competitive price, analysts said sales of the Note 20 series could be around 8 million units in its debut year, 1 million units fewer than that of the Note 10 series.

"The COVID-19 crisis has increased demand volatility and pushed up sales of mid-to-low tier smartphones," said Ko Eui-young, an analyst at Hi Investment & Securities. "With Apple's 5G-supporting iPhone to be released, there will be also fierce competition in advanced markets."

Apple Inc. took a 57-percent market share of the premium smartphone segment, referring to handsets with wholesale price over $400, in the first quarter of the year, far above Samsung's 19 percent, according to data from market tracker Counterpoint Research.

Apple usually starts selling its new phones in late September, but U.S. tech titan recently announced that launch of its 5G-powered iPhone 12 will be delayed a few weeks.

Samsung will also have to compete with Huawei Technologies Co., which is expected to release its flagship Mate 40 series in October. The Chinese tech firm overtook Samsung as the world's largest smartphone vendor in the second quarter of the year, according to market researchers International Data Corp. (IDC) and Canalys. 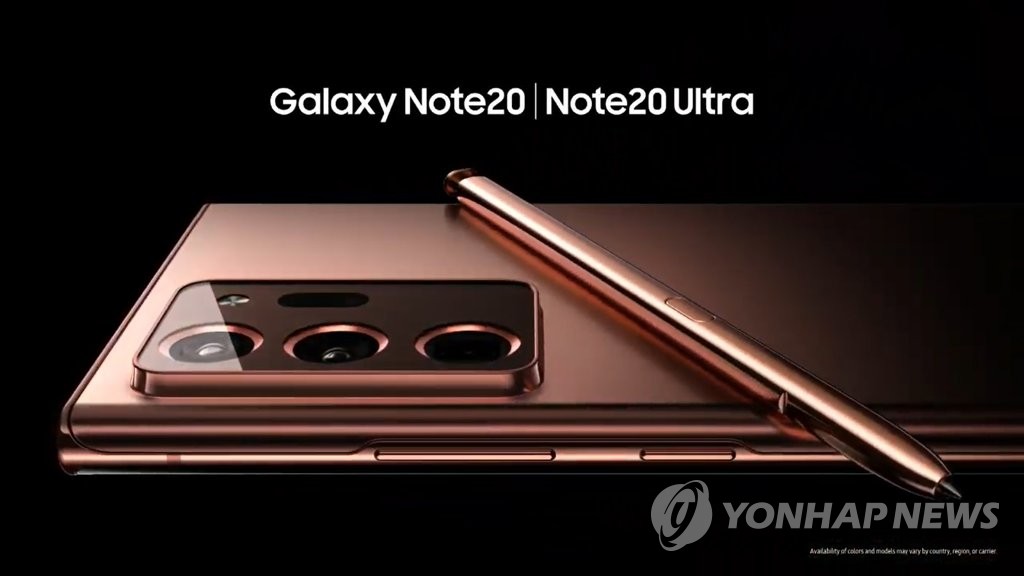 Analysts also pointed out that Samsung may face product cannibalization when its Galaxy Z Fold 2 foldable smartphone goes on sale in September.

Samsung did not unveil detailed specifications of the Galaxy Z Fold 2, the follow-up to its first foldable smartphone Galaxy Fold, at the Galaxy Unpacked event. There has been a rumor that the Galaxy Z Fold 2 may sport S Pen like the Note 20 series, but the company did not include the stylus for its horizontally-bending phone.

Despite tepid sales forecast for the Note 20 series, analysts, however, predicted that Samsung will recover its overall mobile sales in the second half of the year.

"Samsung's smartphone shipment volume is expected to reach 150 million units in the second half of the year, up 31 percent from 110 million units in the first half," said Lee Chang-min, an analyst at KB Securities. "The company could benefit from U.S. sanctions on Huawei and anti-China sentiment in India."

Sales of Galaxy Note 20 expected to be weaker than predecessor: analysts

Sales of Galaxy Note 20 expected to be weaker than predecessor: analysts