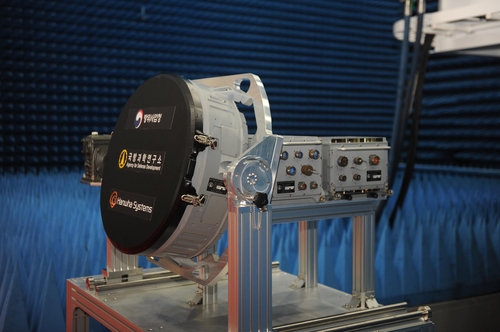 The prototype will be installed on a mock-up of the jet this year and go through other due procedures, such as the systems integration and flight tests, until 2026, according to the Defense Acquisition Program Administration (DAPA).

"We need to develop software for this gadget, which will be a quite challenging task. We will zero in on it by making the best use of our experience in making other types of radar," an ADD official said.

The new radar is comparable with those made by the United States and China, the official said, adding that it is expected to be applied to other weapons systems such as FA-50 fighters and vessels down the road.

The U.S. reportedly refused to transfer related technologies in 2015, prompting South Korea to initiate the development on its own.

"I expect the radar and the fighter aircraft to be highly competitive in the global market," Choi added.