SEOUL, Aug. 7 (Yonhap) -- Unusually intense rainfall for the past week has displaced some 2,500 people in the central region, the national disaster control center said Friday.

Torrents have left 10 people dead and 17 missing, and wrecked havoc on 6,162 buildings, the Central Disaster and Safety Countermeasure Headquarters said, adding 60 percent of the damage has been repaired so far.

The number tallied at 6 a.m. Friday did not include the casualties from three capsized vessels in Uiam Dam in Chuncheon, Gangwon Province, which claimed one life the previous day. Five others who were swept away in a strong current during a repair operation are still unaccounted for as the search in the water continues. 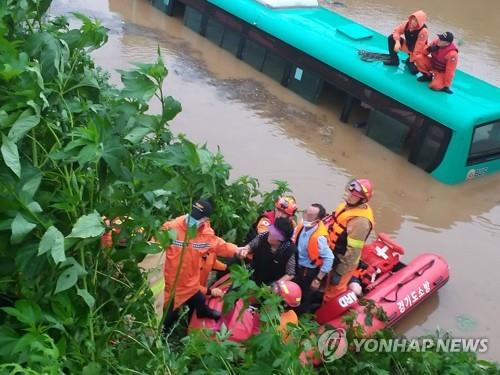 Among those people, 1,139 people were forced to take a temporary shelter in relatives' houses, gymnasiums or community centers. More than 4,700 people were temporarily evacuated from their homes to avoid the threat of flooding and landslides.

The agency said work to repair the damage for 4,085 cases, 65.5 percent of the total, has been completed, even though continued rainfall strained the restoration work. 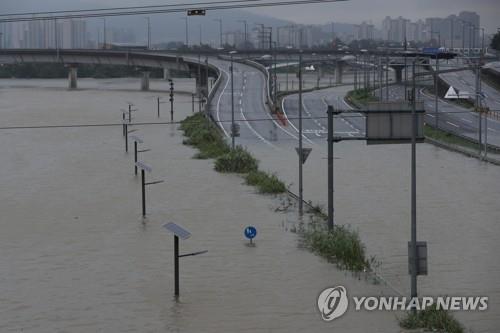 On Thursday, major highways running across Seoul were partly closed, and the first flood alerts in nine years were issued for the main part of the Han River as the water level there has sharply risen due to the discharge of water from the Paldang and Soyang dams in the upper reaches amid heavy rain.

Many disconnected or blocked riverside roads and inter-city highways in the capital were open for traffic Friday morning, while some parts of Olympic-daero and Jamsu Bridge connecting the southern and northern parts of the city still remain off-limits.

The flood alerts also were lifted for the lower parts of the river that flow through the city, and Tancheon, its tributary that runs through Yongin, south of Seoul, to the wards of Songpa and Gangnam.

But more rainfall is expected to continue into the weekend for most of the country, with some parts forecast to be hit by up to 300 mm of precipitation. 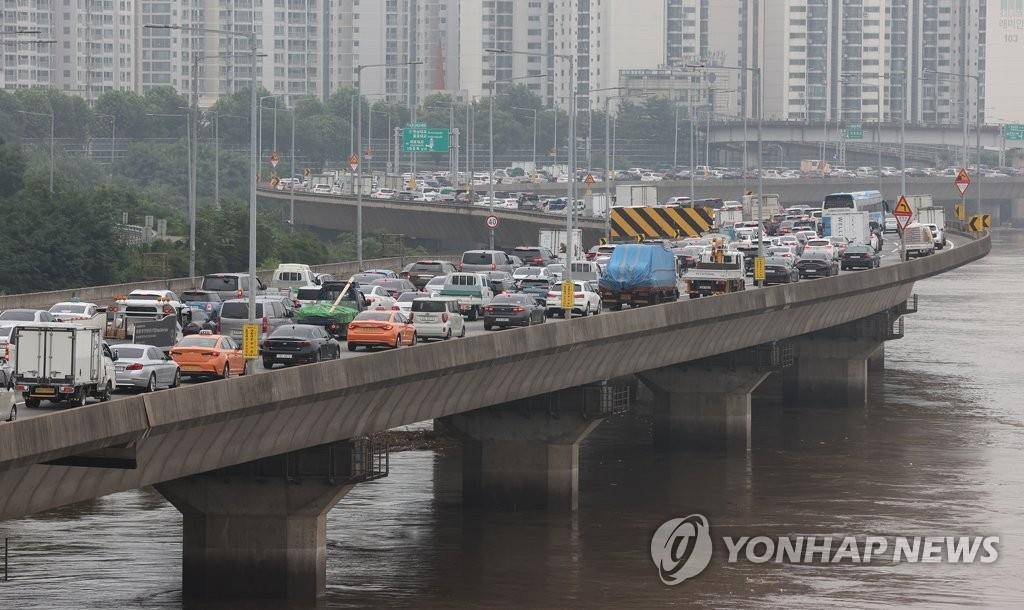