In a video interview with local media, Cardinals' manager Mike Shildt said the left-hander will start the second match of the three-game series against the Pirates next Tuesday at Busch Stadium in St. Louis.

"KK on Tuesday," he said, while naming his five starting pitchers for the upcoming games. KK is Kim's nickname.

"Kim threw in sim game today to get legs and arm working again. Got better as he went," he added.

On the same day, Toronto Blue Jays' Ryu Hyun-jin is scheduled to take on the Miami Marlins at Sahlen Field in Buffalo, New York.

Kim, who joined the Cardinals from this season on a two-year contract, started his first MLB season as the closer and earned a save on July 24 against the Pirates.

But he has been included in the five-man starting rotation as the team has been struggling with injuries and COVID-19 infections.

Last week, starter Miles Mikolas was ruled out for the season after suffering a torn flexor tendon. And seven players, including catcher Yadier Molina, were sidelined by positive coronavirus tests.

Having missed seven regular season games since July 31 due to the COVID-19 outbreak, they will play 21 games in next 20 days in a new schedule update announced by MLB. 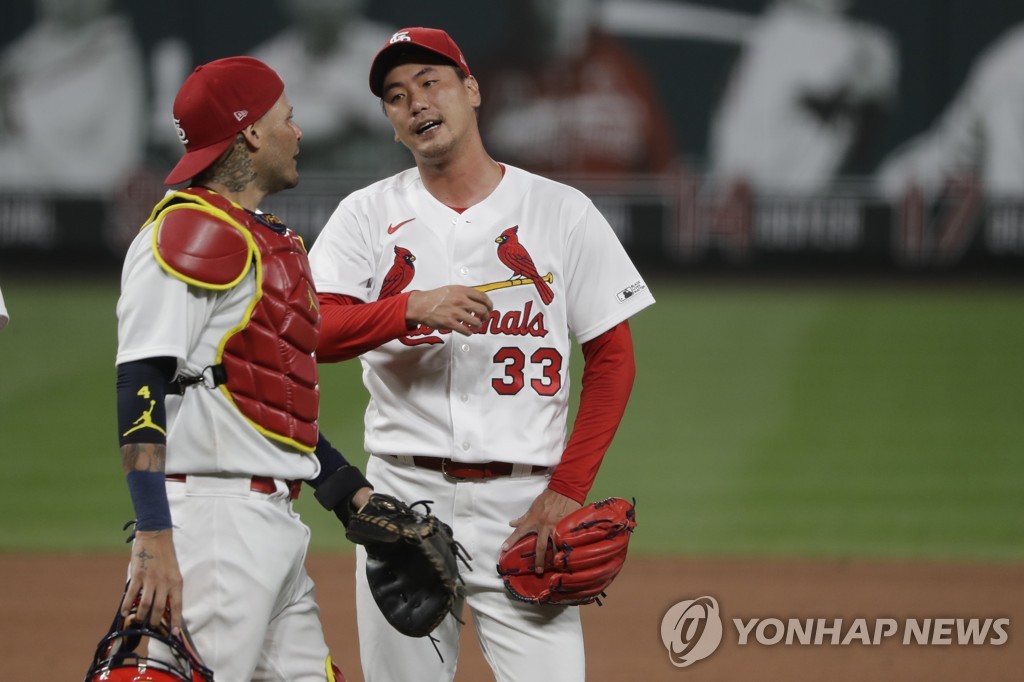