The manufacturing domestic supply index declined 4.6 percent on-year to 101.3 during the April-June period, according to the data compiled by Statistics Korea.

The second-quarter reading marks the sharpest on-year decrease since the 5.6 percent drop recorded in the third quarter of 2018.

The index, which measures both locally produced goods and imports, serves as a major indicator of a country's domestic demand.

The statistical agency said the second-quarter drop came as supply of intermediate goods declined due largely to sluggish exports.

Domestic supply of domestically made goods sank 5.7 percent from a year earlier in the second quarter, with that of imports falling 1.2 percent. 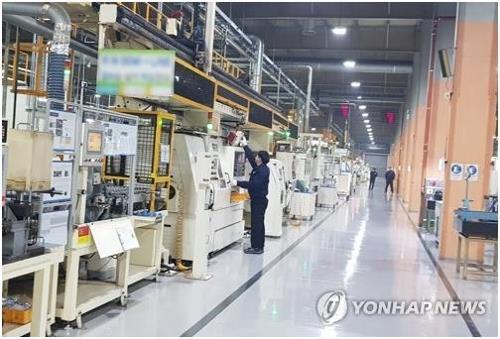