Pentagon, an eight-member boy band, will have a virtual fan meeting on Sep. 6, Cube Entertainment said.

The event, named "Pentag-On Air," will provide a special chance for Pentagon to connect with fans more closely, the agency said.

The group was formed in an idol competition show hosted by the cable TV Mnet and officially debuted in 2016. Its 2018 song "Shine" hit the Top 10 on Billboard's World Digital Song Sales chart. 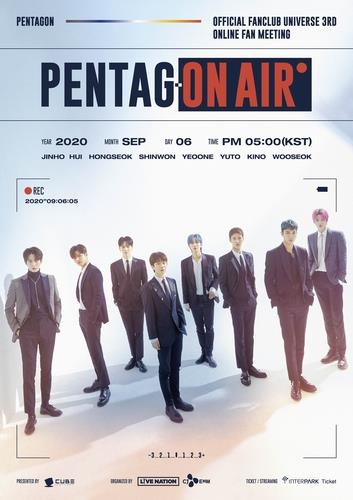 IZ*ONE, a 12-member girl group, will hold an online concert on Sept. 13, its management agencies, Off The Record Entertainment and Swing Entertainment, said.

Titled "Oneiric Theater," the event will be the band's second solo concert following the first one held in June last year. The group debuted in 2018 through a TV audition program.

The event's concept of a dream come true for IZ*ONE and fans will be expressed through sensuous artistic works and visual aesthetics, they added. 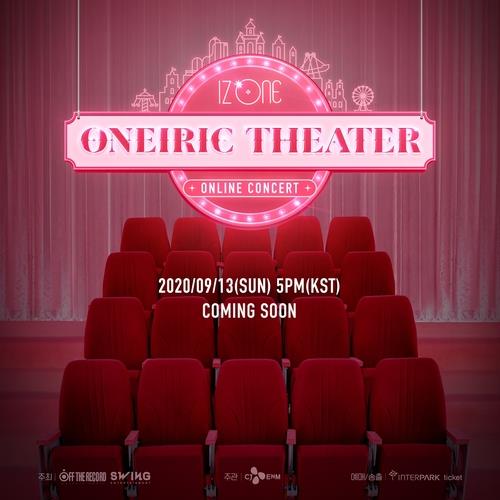