SEOUL, Aug. 7 (Yonhap) -- South Korea will provide US$1 million worth of emergency relief aid to help Lebanon recover from a massive explosion that killed more than 140 people and wounded thousands, the foreign ministry said Friday.

The aid is the first batch of a total of $4 million the government has set aside for humanitarian assistance to the Middle Eastern country for this year, including relief support for its fight against the coronavirus, the ministry said in a press release.

The defense ministry also said it will deliver 10,000 sets of medical supplies and other emergency relief items to the victims via South Korea's Dongmyung Unit stationed in Lebanon.

"If the Lebanese government asks for help, we will proactively review additional support, including equipment," the ministry said in a statement.

The 280-strong Dongmyung unit, based in the southern city of Tyre close to the border with Israel, has been operating as part of the U.N. Interim Forces in Lebanon (UNIFIL) since 2007.

The explosion occurred Tuesday when a waterfront warehouse with nearly 2,800 tons of ammonium nitrate, a highly explosive fertilizer, caught fire. Tuesday's blast has claimed 145 lives and wounded more than 5,000.

According to news reports, the explosion has left some 300,000 people, or over 12 percent of Beirut's population, displaced, with the city's total damage estimated at $10 billion to $15 billion.

Since 2011, South Korea has provided $13.3 million in humanitarian aid to Lebanon. 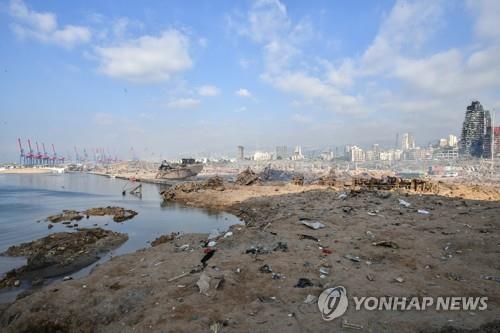 (LEAD) S. Korea to provide US$1 million worth of emergency aid to explosion-hit Lebanon

(LEAD) S. Korea to provide US$1 million worth of emergency aid to explosion-hit Lebanon