SEOUL, Aug. 7 (Yonhap) -- South Korean telecom giant KT Corp. said Friday its second-quarter net income rose 2.2 percent from the previous year on the back of reduced costs amid the pandemic and growing demand for its non-mobile services.

Sales stood at 5.88 trillion won in the second quarter, down 3.6 percent on-year, weighed down by poor performances from its major subsidiaries amid the COVID-19 pandemic.

Cost-cutting efforts, however, helped offset the sales decline, according to the company, with operating expenses falling 4.7 percent to 5.5 trillion won over the same period. 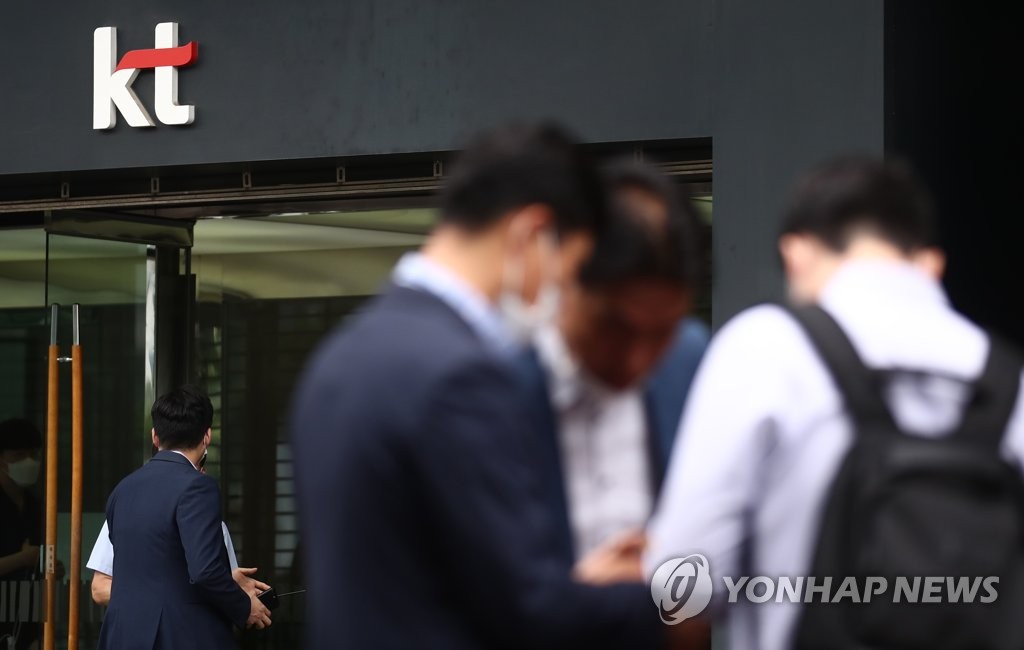 Sales from the company's artificial intelligence and digital business, which includes internet data center and cloud services, rose 16 percent to 139.4 billion won over the same period.

Its mobile business saw sales edge up just 0.6 percent on-year to 1.7 trillion won in the second quarter despite the number of 5G subscribers reaching 2.24 million as of the April-June period, from just 419,000 the previous year.

The mobile carrier said a decline in roaming plan sales was responsible for the weaker-than-expected result, as the pandemic halted air travel.

KT's credit card subsidiary BC Card Co. reported 867.1 billion won in sales, down 1.5 percent over the same period, as consumers spent less during the pandemic.