In the April-June quarter, Korean Air Lines Co. and Asiana Airlines Inc. turned around in terms of net profit and operating profit, faring better than their global peers, such as American Airlines Group Inc., which posted a net loss of US$3.4 billion in the second quarter. 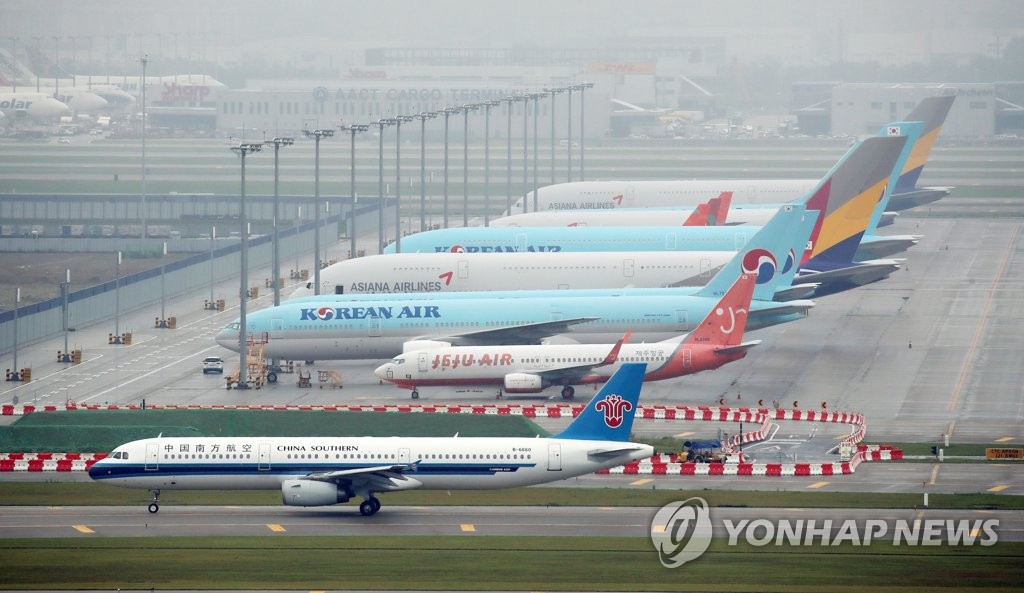 Asiana, the country's second-biggest carrier, shifted to a net profit of 116.15 billion won in the second quarter from a net loss of 183.14 billion won a year ago helped by cargo deliveries to the United States and Europe.

The two carriers utilized some of their idling passenger jets as cargo planes in a move to ride out the current virus crisis.

Korean Air is in consultations with the transport ministry to remove seats on some of its 26 B777-300ER passenger jets and fill the space with cargo, with an aim to begin operations of the converted planes this month upon approval from Boeing and the ministry.

Analysts said Korean Air and Asiana will be able to report better-than-expected earnings in the third quarter as well if they continue to secure sizable cargo deals.

"Passenger travel demand is unlikely to recover for the time being as most countries are expected to maintain entry restrictions in the third quarter with few signs of the COVID-19 pandemic slowing down. But cargo-carrying demand will remain strong," said Kim Yu-hyuk, an analyst at Hanwha Investment & Securities Co.

The carriers have suspended most of their flights on international routes since March, as more than 180 countries and territories closed their borders or imposed entry restrictions on incoming passengers amid virus fears.

In their self-help measures, Korean Air had 70 percent of its 20,000-strong workforce take paid leave for six months starting April 16 as it strives to overcome the prolonged crisis caused by the pandemic.

Asiana had all of its 10,500 employees take unpaid leave for 15 days a month since April until business circumstances normalize. Asiana's executives have also agreed to forgo 60 percent of their wages, though no specific time frame was given for how long the pay cuts will remain in effect. 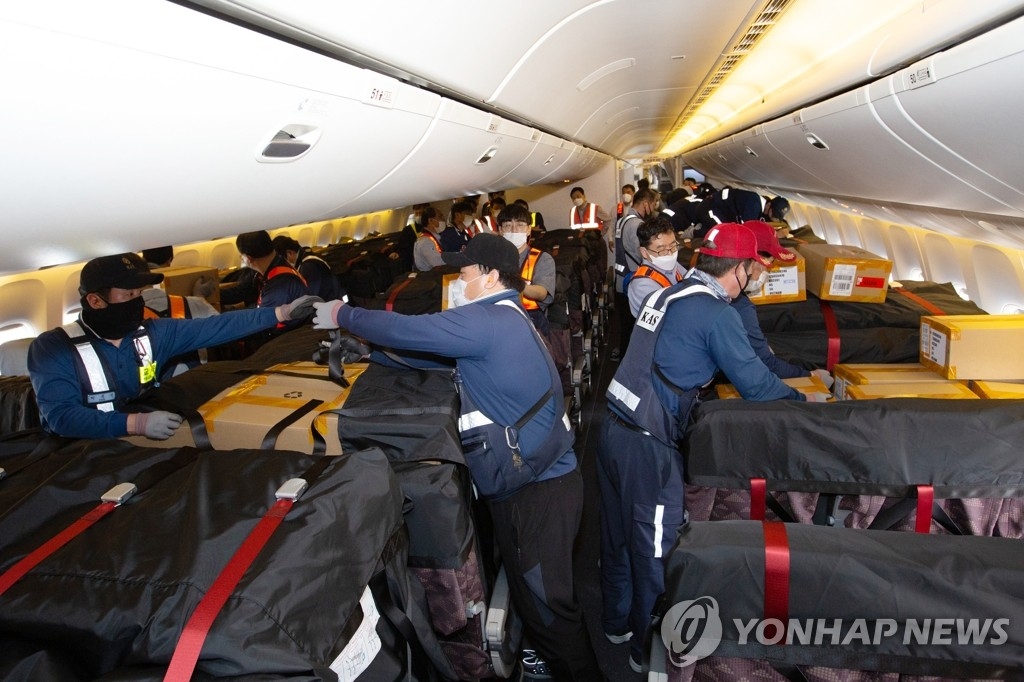