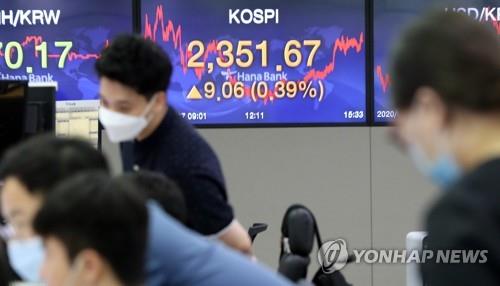 The index advanced every session of the week on high hopes for a U.S. stimulus package.

The local currency was trading at 1,184 won against the U.S. dollar, down 1.20 won from the previous session's close.

Bond prices, which move inversely to yields, closed lower. The yield on three-year Treasurys rose 0.3 basis point to 0.807 percent, and the return on the benchmark five-year government bond added 0.5 basis point to 1.058 percent.