SEOUL, Aug. 7 (Yonhap) -- GS Caltex Corp., South Korea's second-largest refiner by sales, said Friday that it swung to a net loss in the second quarter from a year earlier due to low demand amid the coronavirus pandemic.

For the April-June period, GS Caltex posted a net loss of 117 billion won (US$98.7 million), shifting from a net profit of 47.6 billion won a year earlier, the company said in a statement.

The company said the net loss is mainly blamed on low demand for its products and low refining margins.

Refining margins are linked to international oil prices. Higher crude prices mean greater margins, or the difference between the total value of petroleum products and the cost of crude and related services.

Sales fell 39.5 percent on-year to 4.63 trillion won in the second quarter over the cited period. 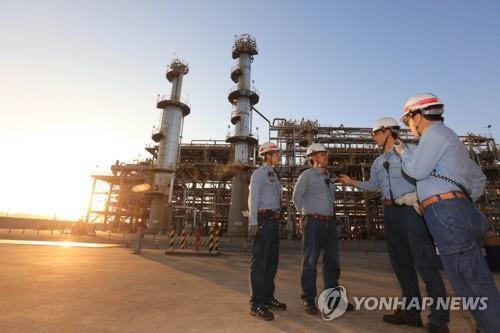