SEOUL, Aug. 7 (Yonhap) -- The Korea Forest Service issued its highest landslide warning for the central and southern parts of South Korea at 9 p.m. Friday due to continued downpours.

Two cities -- Seoul and Incheon -- and two provinces -- Gyeonggi and Gangwon -- have been placed under the third-highest level of the four-level warning system, while the second-highest warning has been posted for Jeju Island.

Weeklong heavy rains have pounded most parts of South Korea, especially the central part of the country.

In Gokseong, South Jeolla Province, now under a warning, a landslide destroyed a house leaving three people dead. Emergency service workers on the scene said three others may be trapped under the debris and rubble.

The local county office said firefighters, police and rescue workers have been dispatched to the site of the landslide to help in the rescue effort. 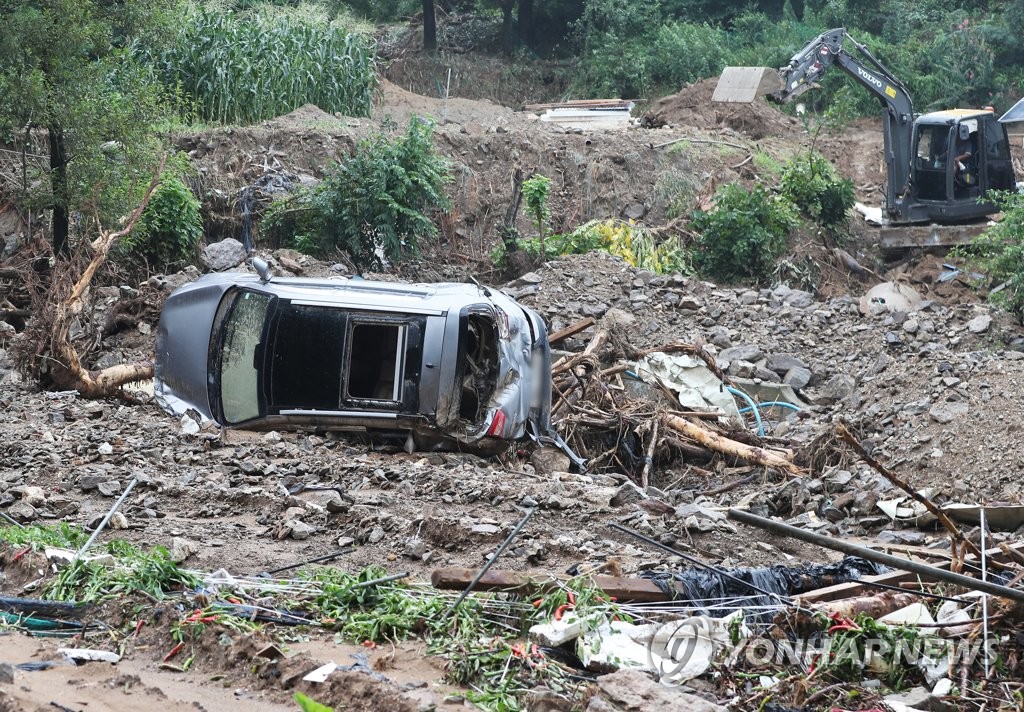