NEW YORK, Aug. 7 (Yonhap) -- Around 10 countries have yet to submit their final report to the United Nations on progress on repatriating North Korean workers in line with U.N. sanctions, a document obtained by Yonhap News Agency showed Friday.

According to a summary of a report by a panel of experts for the U.N. Security Council North Korea sanctions committee, only about 40 of the 50 countries that submitted interim reports at the end of last year submitted their final reports by the March 22 deadline.

Under a U.N. Security Council resolution, all U.N. member states were required to send back North Korean workers by Dec. 22, 2019.

Much of the workers' income is known to be extorted by the North Korean regime to develop its nuclear weapons and ballistic missile programs.

The panel of experts said it is looking into reports that North Korea continues to earn foreign currency by sending IT experts, athletes, medical staff and other laborers abroad.

Meanwhile, the sanctions have hampered international aid to the North, which has been further complicated by restrictions caused by COVID-19, the panel added. 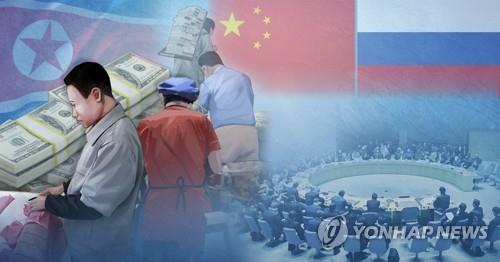 Around 10 countries yet to submit final report on N.K. workers to U.N.: document

Around 10 countries yet to submit final report on N.K. workers to U.N.: document