Trump was referring to his administration's stalled efforts to get North Korea to dismantle its nuclear weapons program in exchange for concessions.

"Now whatever happened to the word North Korea? You haven't seen that, have you?" he continued. "If I didn't win the election in 2016, our country would now be -- maybe it would be over by now -- but in war with North Korea." 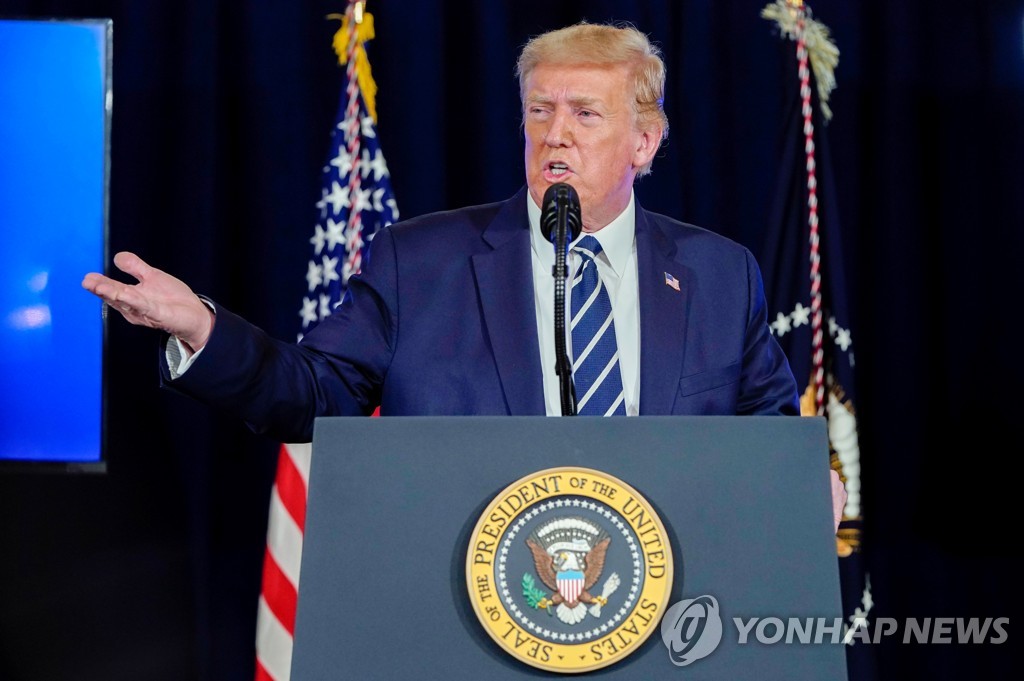 Trump and North Korean leader Kim Jong-un agreed during their first summit in Singapore in June 2018 to "work toward" complete denuclearization of the Korean Peninsula in return for U.S. security guarantees.

Despite two more meetings between them, the two countries remain wide apart on how to match the North's denuclearization steps with U.S. concessions, including sanctions relief.

Trump appeared to be referring to the relative lack of media coverage of North Korea caused in part by the stalled nuclear talks.

Trump has said he would be open to another meeting with Kim if he thought it was going to be "helpful." The North Koreans have rejected the notion of another summit as long as the U.S. sticks to its "hostile policy" toward the North.

On Wednesday, Trump told Fox News that North Korea would want to sit down for talks if the U.S. presidential election were not months away.

"Iran, China, everybody, will be at the table the first day, within 24 hours, wanting to make a deal, including North Korea," he said, suggesting that foreign nations are reluctant to have serious negotiations with his administration because of its possible replacement in the November polls.

(LEAD) Trump says he will make deals with N.K. very quickly if reelected

(LEAD) Trump says he will make deals with N.K. very quickly if reelected