SEOUL, Aug. 8 (Yonhap) -- The death toll from weeklong heavy rain in South Korea rose to 28 on Saturday. Eleven people went missing and eight were injured while nearly 4,500 were displaced, according to the national disaster control center and local governments. 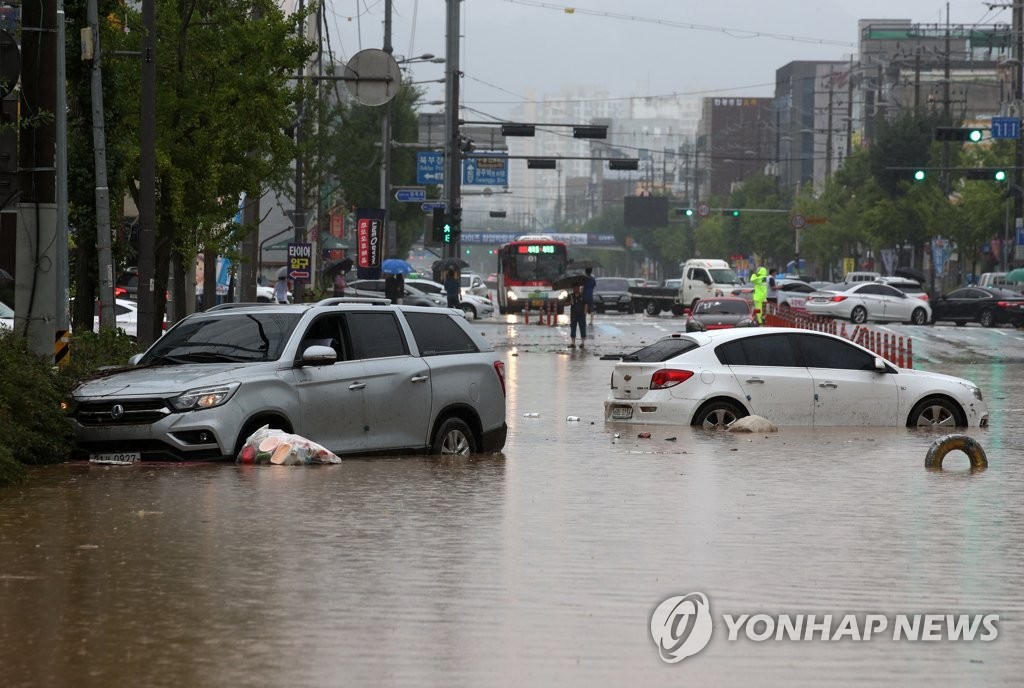 The Central Disaster and Safety Countermeasure Headquarters said 28 people had died and 11 gone missing due to heavy rains over the week as of 7:30 p.m. Saturday, as five more people were killed in a landslide that hit a village in Gokseong, about 400 kilometers south of Seoul, the previous day.

The death toll did not include the casualties from three capsized vessels at Uiam Dam in Chuncheon, 85 kilometers east of Seoul, which left one dead and five missing on Thursday. It was categorized as a marine accident.

On Saturday afternoon, two of the missing people -- one policeman and a rescue worker -- were found dead.

The agency also said 4,466 people in 11 cities and provinces have been left homeless as of 7:30 p.m., adding that more than 3,100 others remain at temporary shelters following warnings of disasters.

A total of 9,491 cases of property damage was reported, including 5,257 public facilities. Repair work has been completed for 73.2 percent of the damage cases.

The agency said 109 roads and five railways across the country were blocked as of Saturday evening.

Heavy rain also led to the cancellation of multiple flights across the country, and all KTX bullet train services in South and North Jeolla Provinces came to a halt, according to the authorities.

Damage is feared to grow further, as more rain is forecast to come next week.

The Korea Meteorological Administration said the central regions, in particular, are expected to receive heavy downpours of up to 500 millimeters along with strong winds, which could continue into early Monday, calling for extra caution against flooding and landslides. 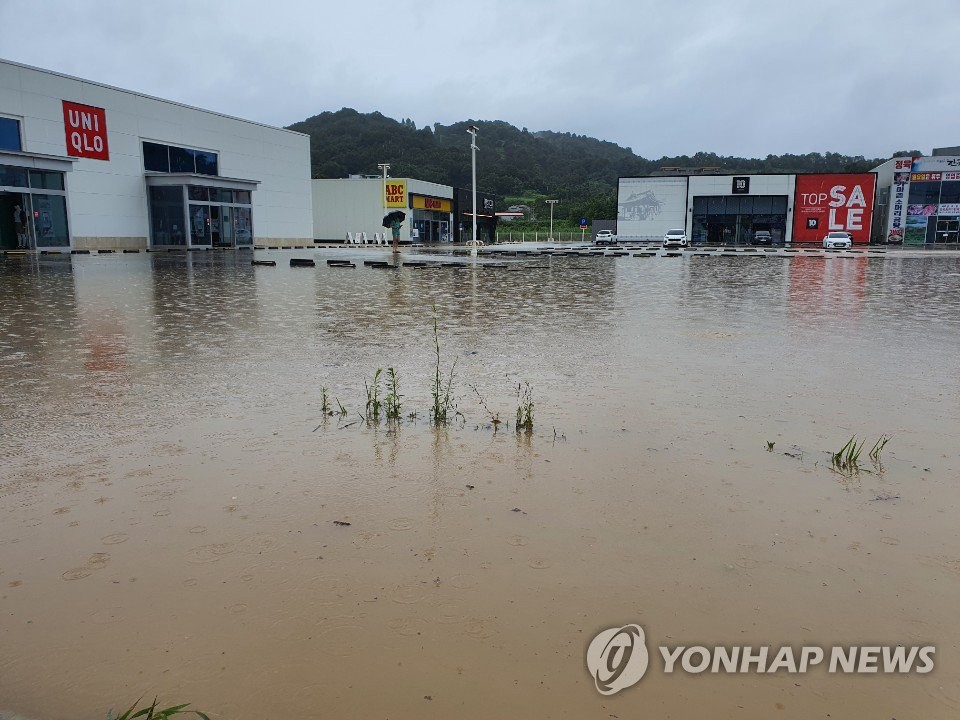