SEOUL, Aug. 8 (Yonhap) -- Major rivers and streams in the southwestern region of South Korea overflowed or came close to flooding in some places Saturday due to torrential rains, forcing local residents to evacuate and disrupting transportation.

Around 300 people left villages near the bank, where at least 70 houses submerged. 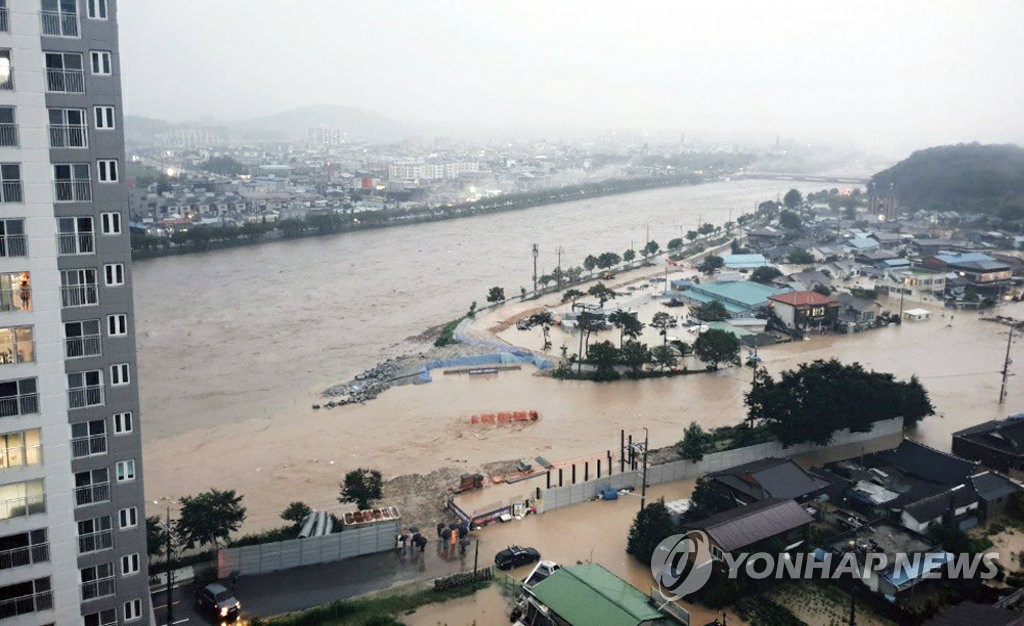 Due to heavy rain, 12 flights at Gwangju International Airport were cancelled, as parts of the runway were inundated, according to the authorities. 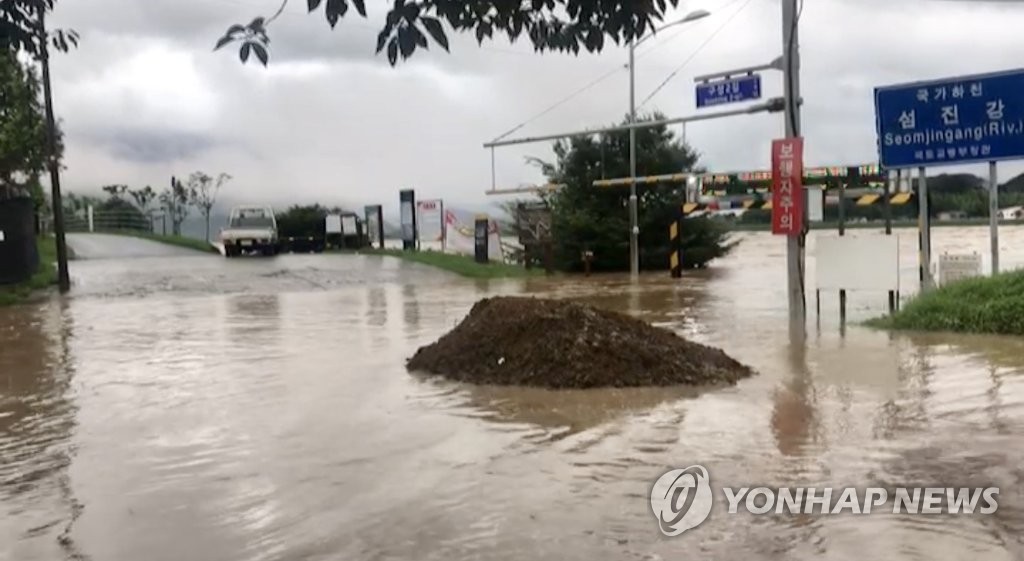 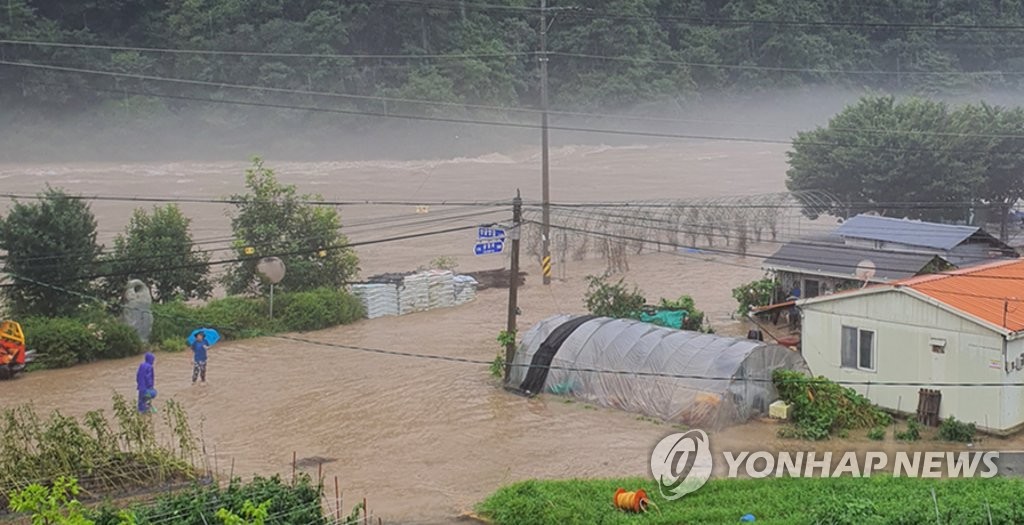 Heavy downpours triggered a landslide at around 4:42 p.m. in the county of Jangsu, North Jeolla Province, and buried at least one house, according to local authorities.

Around three people are presumed missing and rescue operations are under way, they added. 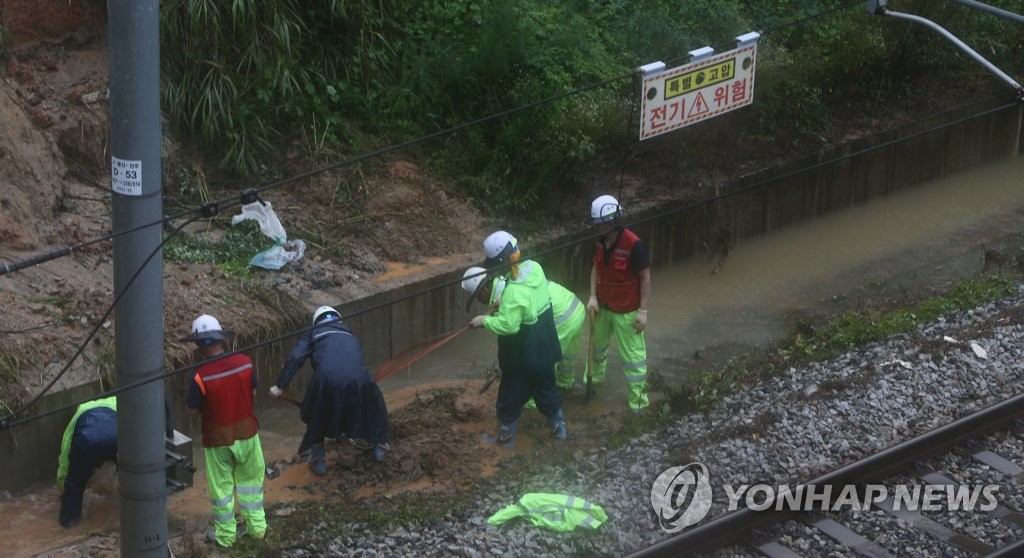