SEOUL, Aug. 9 (Yonhap) -- The government is drawing up a budget for next year, with its size likely to top 550 trillion won (US$463 billion), up 8 percent from this year's, as the country is drumming up efforts to boost the pandemic-hit economy, sources said Sunday.

According to the sources, the finance ministry is set to report next year's budget draft to President Moon Jae-in this week.

This year's budget was set at 512.3 trillion won, but the government has drawn up three rounds of supplementary budgets to shield Asia's fourth-largest economy from fallout from COVID-19 outbreaks, pushing the country's total spending for the year to 546.9 trillion won.

The final draft for next year's budget will come out later this month after consultations with related government agencies, according to the sources.

In June, government ministries and state agencies requested a 6 percent hike in their budgets for next year, as they want to spend more on welfare, research and development.

Earlier, South Korea pledged stimulus packages worth 250 trillion won, or 13 percent of its gross domestic product, to cushion the economic blow from the pandemic.

The economy is expected to grow 0.1 percent this year, a sharp cut from 2.4 percent growth the ministry had predicted last December. It would mark the lowest growth in about two decades, according to the ministry.

Still, the ministry's latest forecast is higher than projections by other agencies.
South Korea's economy contracted at a sharper rate than what had been expected in the second quarter, delivering the worst performance in over two decades, as the pandemic hammered outbound shipments and private spending in Asia's fourth-largest economy, central bank data showed Thursday. 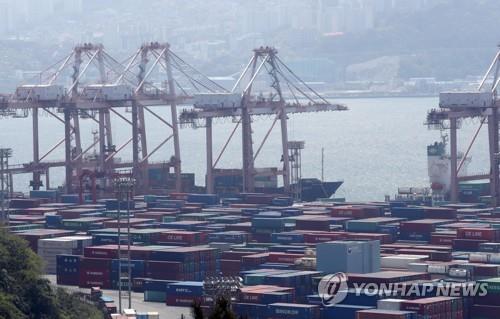