SEOUL, Aug. 9 (Yonhap) -- Floods and landslides triggered by heavy downpours in South Korea's central and southwestern regions have killed 30 people and left 12 others missing in just over a week, forcing more than 6,000 to evacuate, authorities said Sunday.

According to data from the Central Disaster and Safety Countermeasure Headquarters, as of 4:30 p.m., 13 people have been killed since Friday in accidents caused by the rain and two others have gone missing. More than 3,700 people have been displaced. 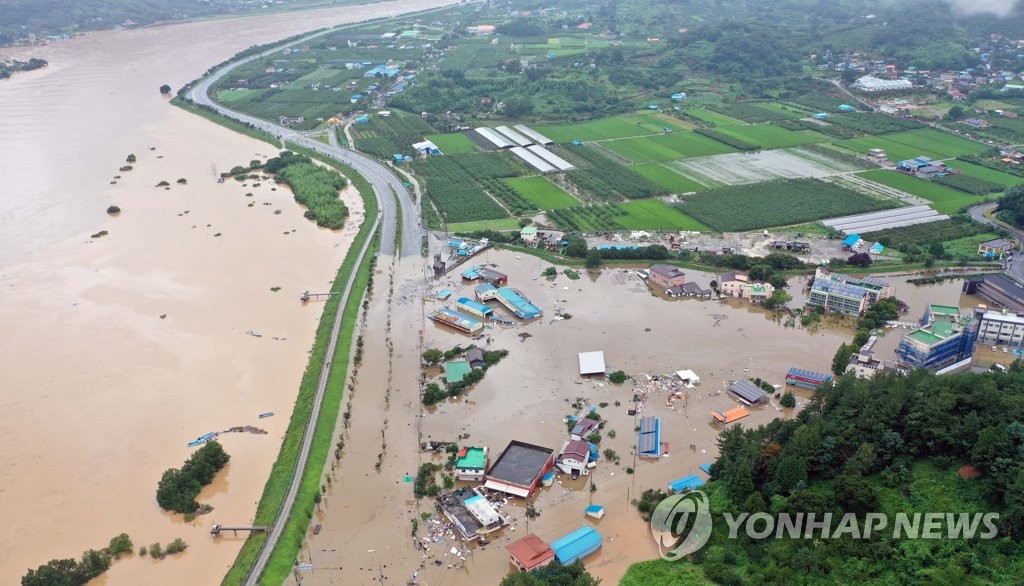 Some 9,300 hectares of farmland were swamped or buried, while 9,500 cases of damage to public and private facilities were reported, according to the authorities. 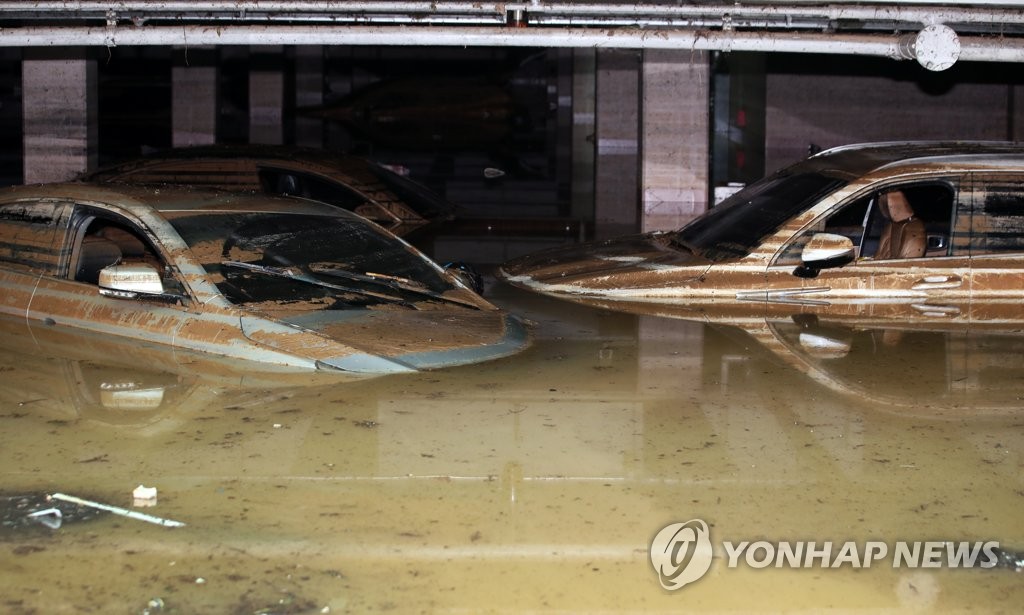 The KMA advised people on the southeastern seaside to take extra precautions and be prepared for dangerous tides, possible flooding or landslides.

On Sunday, a landslide buried a house in the county of Jangsu, North Jeolla Province, killing two people. A man in his 70s went missing as he was swept away by a strong current in Damyang, South Jeolla Province.

In the southwestern city of Gwangju, rain flooded the basement of a private ossuary where some 1,800 urns were deposited. Little damage was done to the urns as the windows remained intact, according to officials.

The disaster authorities said seven railways across the country were blocked as of Sunday morning. All flights at Gwangju Airport were suspended.

As downpours continued to trounce the country's metropolitan and central regions, parts of Seoul's major expressways along the Han River were closed to traffic.

The river's water level rose to dangerous levels due to the increased discharge of water from dams, including Paldang Dam, in upper reaches.

The disaster control center expanded landslide warnings and advisories to 81 counties and cities across the nation as heavy rains continued to batter the country. The Korea Forest Service said 667 landslides have been reported so far. 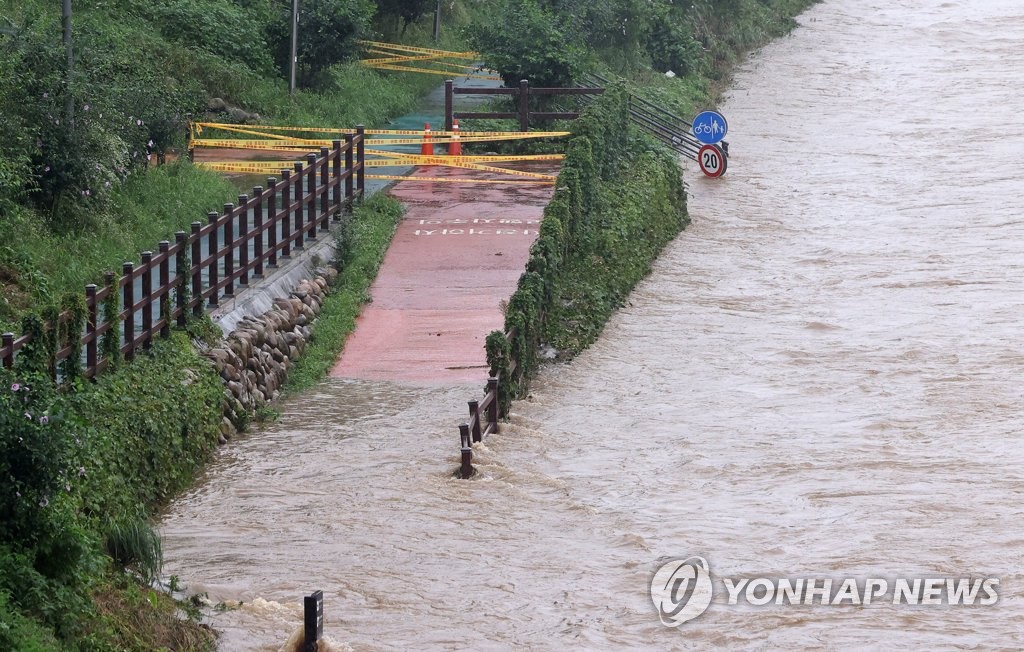