SEOUL, Aug. 9 (Yonhap) -- South Korea's leading shipper HMM Co. is forecast to return to the black in the second quarter of the year, snapping its 21 consecutive quarters of net losses, on the back of a rise in shipping charges and decreasing fuel costs, industry sources said Sunday.

"The rosy outlook of its second-quarter earnings came from the sailing of large-scaled container ships by HMM under circumstances in which its rivals are not sailing their ships," said Lee Han-joon, an analyst at KTB Investment Securities Co.

Global shippers have been reducing operations of ships amid the pandemic in the face of still lower demand, which in turn raises freight rates. 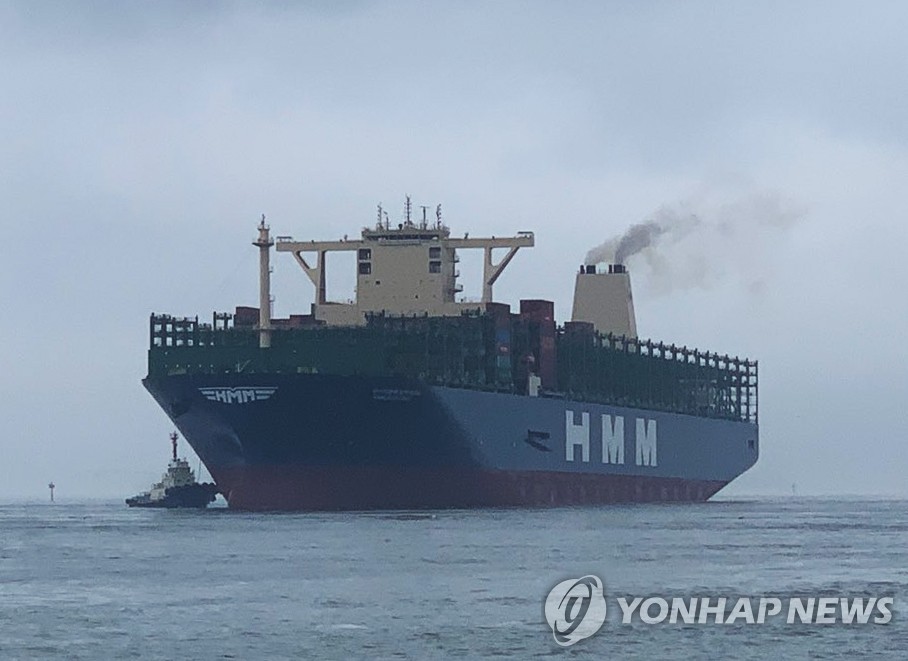 THE Alliance, one of the world's three shipping alliances, has said it will maintain its decision to decrease the number of container carriers on its shipping lines linking Asia and North America due to woes over falling shipping demand caused by COVID-19.

Amid reduced fleets around the globe, HMM has put a total of nine container carriers on its shipping lines since April, with seven of the nine carrying full loads, according to the shipper.

However, it is unclear whether HMM will maintain the upward trend in its earnings in the second half of the year, analysts said, citing increased competition from its overseas rivals.