SEOUL, Aug. 10 (Yonhap) -- South Korea said Monday it has completed negotiations with Vietnam to ship paprika, a type of bell pepper, to the Southeast Asian country.

Seoul had been negotiating with Hanoi since 2008 on export terms for paprika, whose outbound shipments currently depend heavily on neighboring Japan, according to the Ministry of Agriculture, Food and Rural Affairs.

South Korea's exports of paprika reached US$91.5 million in 2019, with Japan accounting for a whopping 99.7 percent of the volume. Other destinations include Taiwan, Hong Kong, Singapore and Russia. 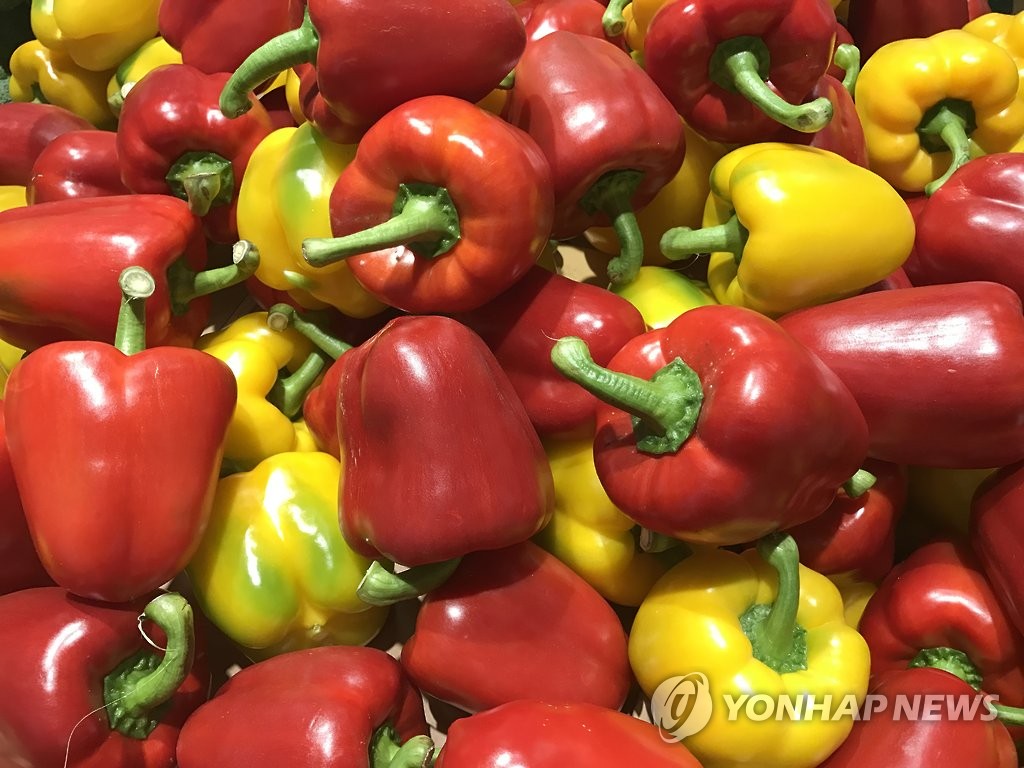 Last year, Vietnam imported $16 million worth of South Korean pears, trailed by strawberries with $6.6 million. Grapes and apples were also among the popular South Korean agricultural products there.

Vietnam was the third-largest export destination for Asia's No. 4 economy in 2019, with China and the United States standing as the top two.

South Korea's combined exports to Vietnam in 2019 reached $48 billion, down 0.9 percent from a year earlier. Over the cited period, the country's exports dipped 10.4 percent amid the growing protectionism around the globe and falling prices of memory chips.

Seoul has been making efforts to beef up its exports of agricultural goods amid the COVID-19 pandemic, as the demand for foodstuffs increased around the globe as more people dined from home.

Shipments of foodstuffs increased by 9.6 percent in July from a year earlier, while the overall exports decreased 7 percent over the period.